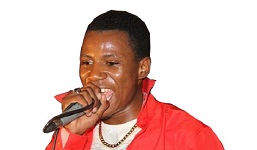 ZIMBABWE – Peter Moyo will tomorrow lead fellow musicians for a musical gala at Mbare Netball Complex aimed at raising awareness for the forthcoming International Conference on AIDS and STIs In Africa (ICASA) slated for November 29 to December 4.

Peter will be sharing the stage with Blessing Sumba, Killer T and Ricky Fire for the ICASA build up which will see various activities being held in the country’s 10 provinces.

The musical concert comes after other successful gigs which were held in other parts of the country, coordinated by Werras Entertainment.

“The idea is about sending a message to a large community about issues to do with HIV and Aids hence the idea of coming up with such musical shows.

“The concert is part of our efforts to raise awareness for the ICASA,” said one of the coordinators.

Management at Werras Entertainment, who are spearheading the gala, said they have decided to incorporate musicians from various genres to cater for all people who will attend the show.

“We are having musicians from different genres with Peter (Moyo) from sungura, Killer T and Ricky Fire from dancehall while Blessing Shumba caters for gospel lovers.”

“We have noted that the event will cut across all ages hence the decision to take different musicians.

“Everything is going according to script and we are working hard to make sure that the event will be a success.

“The show will be for free.”