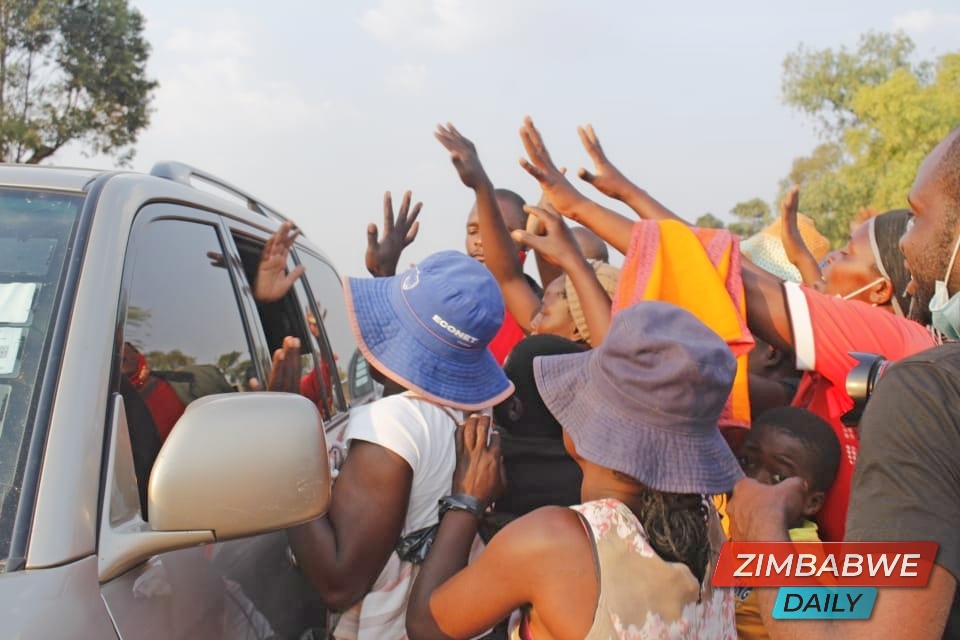 The 15 vendors were taken to Murehwa Police although their charges are unclear.

This was also confirmed in a tweet by Dewa Mavhinga who is the Southern Africa, Director for Human Rights Watch.

Nelson Chamisa was on his way from Mutoko for the burial of the late Patson Dzamara when the vendors cheered and greeted him referring to him as  “President”.

It is alleged the police today got to them saying “you know your crime that you committed on Friday,” tweeted Mavhinga.

Reports also claim that after Chamisa had left the scene on Friday, some ZANU-PF people went and distributed ZANU-PF face masks to the same vendors.

However, when none of them were seen wearing them it triggered the ordering of police to raid the place.

The vendors were made to pay fines and their goods were confiscated.