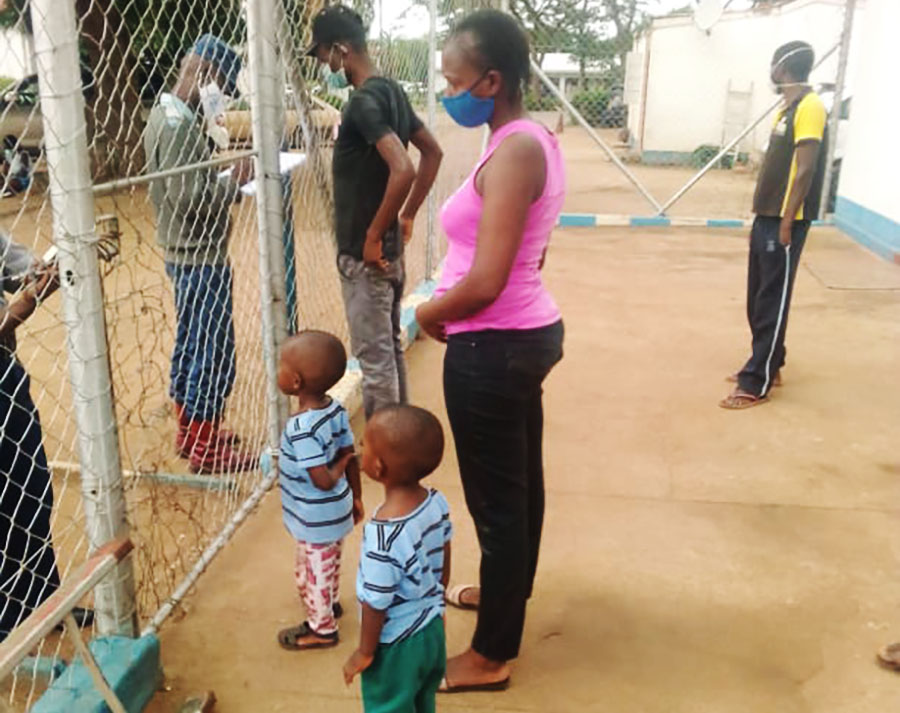 HARARE – Police say they are investigating an “unfortunate” incident which has gone viral after a photo showing a mother with her two minor children caged in a police holding cell was widely circulated on social media.

While it remains unclear why the woman was arrested with many suspecting it related to a violation of the national lockdown regulations, the picture attracted widespread criticism. The two children were possibly below the age of five.

In a statement, police spokesperson Assistant Commissioner Paul Nyathi said the police had taken note of the photo.

“The Zimbabwe Republic Police has taken note of a photo which has gone viral on social media where a woman is seen in police holding cells with two minor children at Rhodesville Police Station. This is very unfortunate,” said Nyathi.

“The ZRP is now conducting investigations with a view of finding out what really transpired and taking remedial action. The Zimbabwe Republic Police remains committed to the observance of human rights, rights of children and will ensure that police officers perform their duties in accordance to set standards, police Client Service Charter and above all section 219 of the constitution of the country.

“This unfortunate incident will not be allowed to happen again. We appeal to members of the public to allow the police to conduct investigations so that appropriate decisions can be made,” he added.

Last month, police had to deal with another public relations nightmare after a video was widely circulated showing a woman wrestling with a police officer. Some social media reports accompanying the video alleged that the police officer had fatally struck a baby with a baton stick.

However, the police issued a statement clarifying the incident and assured the public that the baby was alive and that the allegations were fake.

HARARE - Police say they are investigating an 'unfortunate' incident which has gone viral after a photo showing a mother with her two minor children caged in a police holding cell was widely circulated on social media. While it remains unclear why the wo...
Share via
x
More Information