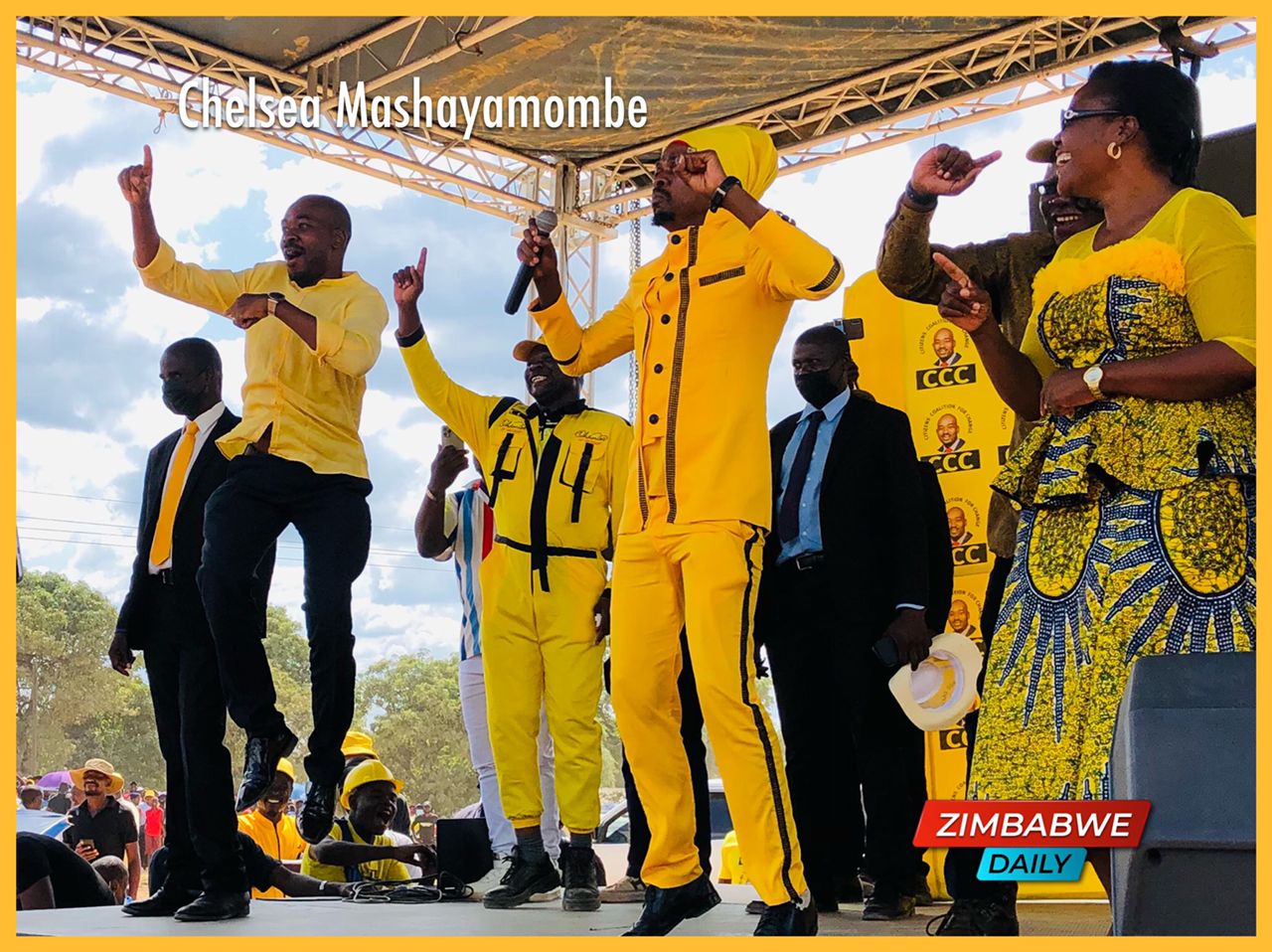 KWEKWE-  Following the murder of one Citizens Coalition for Change member who attended Sunday’s rally in Kwekwe and injuring of 17 others, the Zimbabwe Republic Police has arrested 16 Zanu PF suspects.

The deceased, Mboneni Ncube (30) is from Mbizo in Kwekwe. According to the police report, suspected ZANU PF youths intercepted people in CCC T-shirts who were walking to the rally and threw stones at them. The skirmishes, about 400 metres from the venue, resulted in deceased being stabbed thrice with a sharp object on the back and died whilst admitted at Kwekwe General Hospital.

The CCC Spokesperson, Fadzai Mahere has condemned this violence.

“A dark cloud hangs over us as we mourn the sad loss of Mbongeni Ncubewho was attacked with a spear and murdered in broad daylight in Kwekwe yesterday by Zanu PF thugs. His only crime was to believe in a brighter Zimbabwe, where all are free. mMay his soul rest in Peace, “she added.

In Gokwe, the CCC rally was disturbed after an unusually high Police presence, as Zanu PF held its rally in Kwekwe. The police threw teargas and used water canons to disperse the crowd. In spite of a high court order allowing the CCC rally to proceed, chaotic scenes where witnessed, and Chamisa was forced to simply wave at his supporters from his vehicle.

Meanwhile, in Chitungwiza, Shame Zindonda ,another CCC member was reportedly assaulted by riot police in St Marys as he was guarding their Sunday’s by election campaign rally venue.

Find Below the full police report of the Kwekwe incident.

This memo serves to put on record circumstances and initial investigations surrounding the above subject.

On the 27TH day of February 2022 and at Mbizo 4 shopping centre open space Kwekwe, CCC held a campaign rally commencing at around 1000 hours and was scheduled to end at 1600 hours.

At around 1400 hours, whilst Nelson Chamisa was addressing the gathering, suspected ZANU PF youths wearing yellow T-shirts infiltrated the meeting which was held in an open space and one of them threw a stone into the gathering and ran away.

During the clashes, three motor vehicles were damaged, a blue Honda Fit registration number AEQ6375, owned by Tinevimbo Zhou NR 26-128168D26 of 25553/12 Mbizo Kwekwe (damaged rear screen), a white Mitsubishi Canter truck with no registration plates and owner not yet known (had all 6 tyres deflated), and a Toyota Vios registration number AET 0792 owned by Emma Nyika NR 63-112466R32 aged 42 of 7845/1 Mbizo, Kwekwe (rear left window damaged). The vehicles were parked at the shopping centre some 200 metres from the venue.

Police reacted to the scene and got information that the accused persons were hiding at Jessie Gardens, Mbizo 11 Kwekwe, which is about 1km from the venue where they raided and arrested accused persons mentioned above.

Three motor vehicles were recovered at Jessie Gardens where the accused were hiding. Searches were made in a silver Mercedes Benz AFK 6958 owned by accused 12. Inside the vehicle were three unbranded yellow T” shirts, one yellow bottom, one black trousers and one sjambok.

Recovered inside a black Honda Fit AFC 3464 owned by accused number 16, was one machete, and inside a white Toyota Chaser registration number ACK 0756 (owner not established) were one machete wrapped with red cloth on the handle, one home made knife with green handle, two catapults, two small catapult stones, one Tecno cell phone, one Nokia cell phone, one gold scale and two black and green caps inscribed ED.

The above motor vehicles have since been impounded and are parked at ZRP Mbizo.

Five of the accused persons are detained at ZRP Kwekwe Central DB 351-355/22.

The other eleven accused persons are detained at ZRP Mbizo under DB 344-354/22.

KWEKWE-  Following the murder of one Citizens Coalition for Change member who attended Sunday’s rally in Kwekwe and injuring of 17 others, the Zimbabwe Republic Police has arrested 16 Zanu PF suspects. The deceased, Mboneni Ncube (30) is from Mbizo in K...
Share via
x
More Information