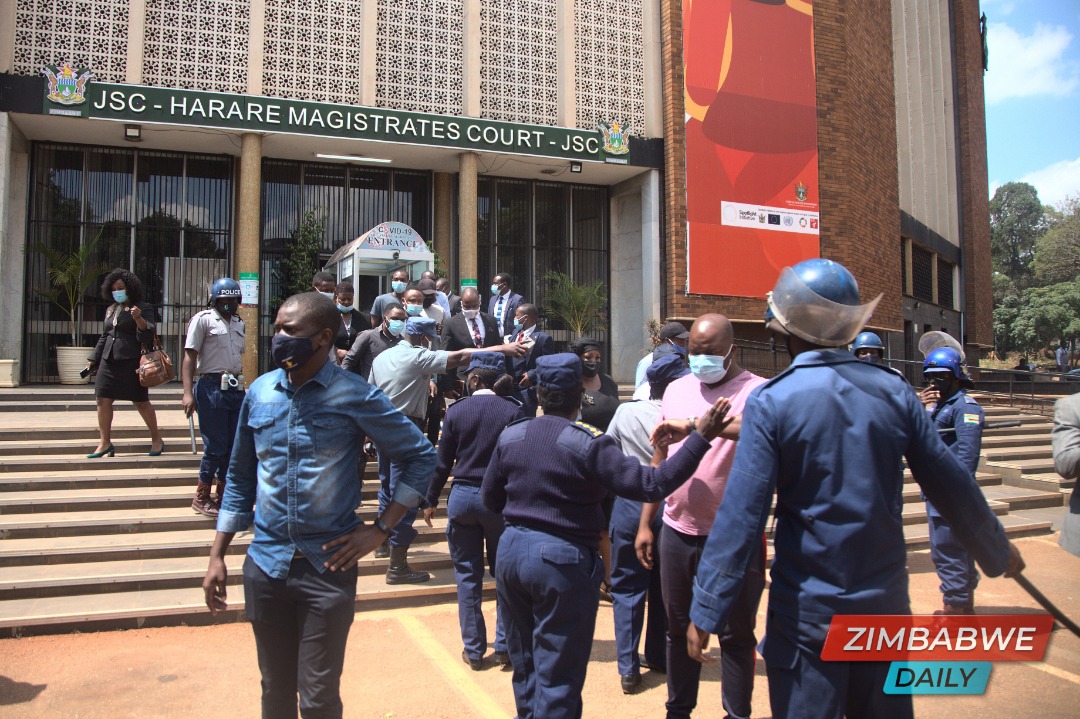 Cheeky Police officers today harassed journalists and civilians in Harare Central Business District as they moved in to thwart any possible demonstrations against the conviction of prominent human rights and political activist, Makomborero Haruzivishe.

The capital’s CBD and the magistrate’s court were today marked by heavy police presence in anti-riot gear in anticipation of protests as Haruzivishe’s sentencing was set to be handed down today.

Two young journalists (who preferred to remain anonymous for fear of further persecution) were picked up on their way to Rotten Row Magistrates Court and thrown into a police truck. The police officers  went through their equipment demanding that they erase their footage from the cameras before forcibly taking US$40 from the two young men.

According to one of the journalists, the police jumped from nowhere and grabbed the two, before bundling them into the truck, shouting “munovengerei nyika yenyu so” (why do you hate your country?) and accusing them of taking pictures that harm the country.

They two were threatened to be beaten before they were kicked off the police truck. The act of thuggery by the police, and daylight robbery of their money left the two young journalists shaken and traumatised.

Meanwhile, at the courts police  disrupted a press briefing by the MDC Alliance spokesperson Fadzayi Mahere as she updated journalists on way forward following Haruzivishe’s sentencing.

A journalist from a local media house, Samuel Takawira was left injured on the hand after being struck by a police truncheon during the skirmishes.