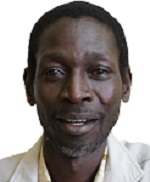 ZIMBABWE – One thing that Zimbabwean football does not need right now is to make the same mistakes that it made when it elected the Zifa board that it then threw out only a year after it had been sworn into office.

The board that was elected in 2014 did not last the distance after it was swept away by a vote of no confidence. That decision on the part of the Zifa Council was admission that they had in the first place elected the wrong people to lead our football.

The Cuthbert Dube-led board was supposed to direct football affairs up to 2018 and whoever will come to replace Dube will be in charge of Zimbabwean football for the next three years.

This means, the Zifa Council should not make another mistake in their choice of the next football leaders in order to avoid another vote of no confidence before the 2018 Zifa polls.

Dube was removed from office on October 3 and the Zifa Council has set December 5 as the day a new board and, more importantly, a new Zifa president will be chosen. This means there are only two months between Dube’s ouster and the next elections.

I do not think two months is enough to make the right decision.

I have been following the pre-electoral manouvres since the election date was announced and I feel the Zifa Council needs more time if it is to come up with the right man to lead our football.

It is not because the names which are being thrown around as possible Zifa presidents are necessarily bad for our football, but because the Zifa Council needs time to think over this before they can place Zimbabwe’s football future in anyone’s hands.

There is nothing to hurry for since the next Warriors’ assignments are way in March and the Mighty Warriors will only depart for the Olympic Games in July next year. Thus, holding the elections in February will not do any damage.

This makes it the Zifa Council’s most crucial decision between now and 2018 when Zimbabwe rejoins the rest of the world for the 2022 World Cup, after having been thrown out of the 2018 World Cup due to the Valinhos debacle which has since been settled.

However, most soccer followers believe that the elections have to be stopped until the Zifa Council itself has been reconstituted. They feel that for as long as this same Zifa Council remains in office, the same problems we have had in the past will remain there.

Already, some of the Zifa councillors who were very vocal in the ouster of Dube are positioning themselves to take over that position. This has raised questions whether there were no sinister motives behind their move to push Dube out.

There are many who believe this Zifa Council has to be dissolved first and a new council brought into office to elect the new Zifa board.

Simeon Jamanda, who is the Zifa liaison officer, is of the opinion that the Zifa elections must be postponed to early next year. Jamanda’s post was created on the instruction of Fifa who wanted a link between supporters and the national football federation.

To avoid another vote of no confidence on Zifa, there is no need to hurry to elect new leaders. Let us take our time to vet the people we want to lead the most popular sport in the country.

Of Charles Mabika and Zifa It is interesting to note that football commentator Charles Mabika’s name is on the lips of many as a possible Zifa president.

Unfortunately, most of those in favour of Mabika do not vote and the stick is in the hands of the Zifa Council.

If Mabika decides to run for the Zifa presidency, I would align myself with his camp. Not because he is a journalist, but because I feel he is a much better candidate than all those whose names are being linked to this powerful post.

Mabika is a brand which everyone — including the corporate world — wants to associate with. This is a man who can walk into Maxen Karombo’s office at Delta Beverages and convince him to part with a few hundreds of thousands of dollars for the sake of our Warriors and Mighty Warriors.

This is a man whose face is recognised even by Douglas Mboweni at Econet or Reward Kangai at NetOne even though they are not keen football followers.

Mabika is a man who commands respect within the football fraternity to the extent that he is mobbed wherever he goes and if he asks for donations from the football family, they would gladly donate to their beloved Warriors.

Ireland to travel to Zimbabwe next month for one-day series

ZIMBABWE - One thing that Zimbabwean football does not need right now is to make the same mistakes that it made when it elected the Zifa board that it then threw out only a year after it had been sworn into office. The board that was elected in 2014 did no...
Share via
x
More Information
x