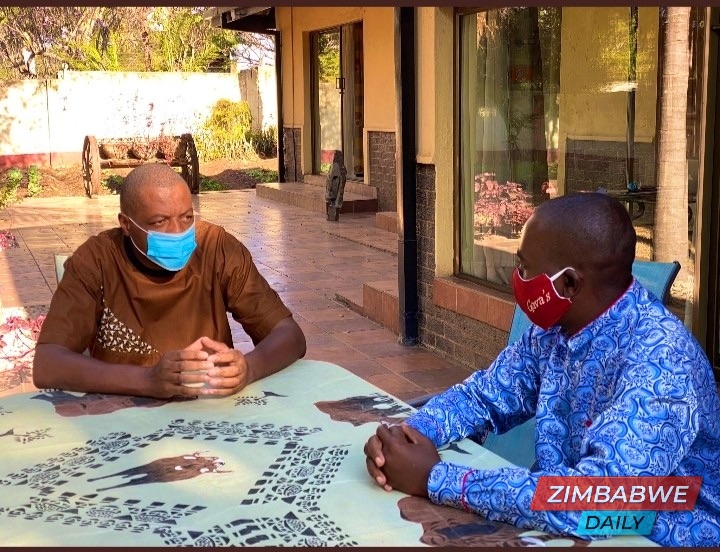 Chamisa confirmed this in a tweet with pictures of the two having a conversation.

“Today, I visited a Hero and Veteran Journalist, Hopewell Chin’ono.We thank God that he is recovering well after being released on bail. Hope ignites hope. He remains steadfast in fighting corruption and speaking truth to power.The March is not ended.#ZimbabaweanLivesMatter,” said Adv. Chamisa in the tweet.

Chin’ono was recently released from Chikurubi Maximum Prison after being granted ZW$10 000 bail.

He is facing charges of inciting public violence after he supported the anti-corruption demonstrations that were planned for 31 July 2020. He was subsequently arrested with Jacob Ngarivhume, who was a key organiser of the protest.

Chin’ono has vowed to keep the fight against corruption despite being imprisoned for more than a month and released on very strict bail conditions.

HARARE - MDC-Alliance leader, Advocate Nelson Chamisa Saturday visited the recently released journalist, Hopewell Chin'ono. Chamisa confirmed this in a tweet with pictures of the two having a conversation. 'Today, I visited a Hero and Veteran Journalist,...
Share via
x
More Information
x