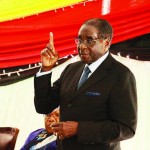 ZIMBABWE – President Robert Mugabe is set to introduce a new bill in Zimbabwean parliament that would require senior public officials to declare their assets as part of steps taken to curb corruption in the country.

The Zimbabwean president has been accused by critics and opposition of turning a blind eye to graft, especially among his close allies and ministers.

According to Reuters, Mugabe in a speech published in the state-owned Herald newspaper on Wednesday, September 16, said that his government would present a Code of Corporate Governance Bill for debate during the current session of parliament. This is the first of such law aimed at bringing transparency among public officials.

He said: “A code of conduct will be put in place, in terms of which all high level public office holders shall be required to disclose their assets upon assumption of office, or to declare their interests on matters that may create scope for conflict of interest.”

Last year Zimbabwe was ranked 156 out of 174 countries on the Transparency International index, which measures public perceptions of corruption in public institutions.

The Zimbabwean president goofed yesterday’september-15 while delivering the speeche at the opening of the 3rd Session of the 8th Parliament when he read out the same speech he gave during his state of the nation address on Tuesday, August 25.

ZIMBABWE - President Robert Mugabe is set to introduce a new bill in Zimbabwean parliament that would require senior public officials to declare their assets as part of steps taken to curb corruption in the country. The Zimbabwean president has been accuse...
Share via
x
More Information