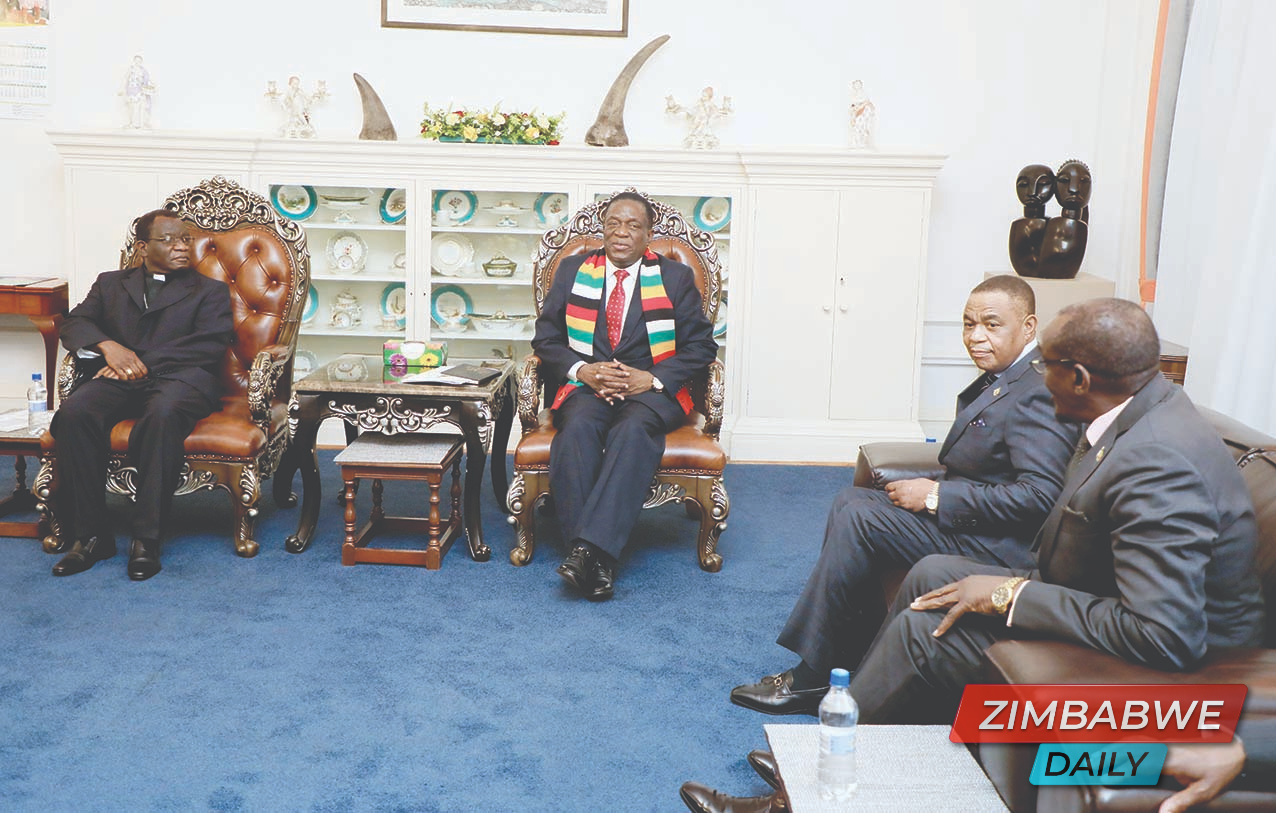 VATICAN – The British episcopate praises the courageous pastoral letter of the Bishops of Zimbabwe for defending the dignity and fundamental human rights as the country faces unprecedented crises.

“Christians across the globe have been inspired by the courage the Zimbabwean Church has shown in defending fundamental human dignity and rights,” declared Bishop Declan Lang, speaking on behalf of the Catholic Bishops of England and Wales.

He said the English and Welsh Bishops are offering prayers for, and standing in solidarity with, Archbishop Robert Ndlovu of Harare and his brother Bishops in Zimbabwe.

“The March is Not Ended”

Earlier this month, Zimbabwe’s Bishops issued a pastoral letter entitled “The March is Not Ended,” which laments the “crisis of the convergence of economic collapse, deepening poverty, food insecurity, corruption and human rights abuses among other crises in urgent need of resolution.” The letter also notes the crackdown on dissent that began in August following demonstrations against the current government.

In his statement, Bishop Lang – who serves as Chair of the Bishops’ Conference’s Department of International Affairs – said, “The recent pastoral letter with its call for truth, justice and reconciliation is both a powerful witness to the suffering that Zimbabwe is enduring and a way forward for the country to emerge from this.”

In recent weeks, the bishops and people of Zimbabwe have received support from numerous sources, including expressions of solidarity from Zimbabwe’s Evangelical community and from the Southern African Catholic Bishops’ Conference, as well as an ecumenical pastoral letter from the World Council of Churches (WCC).

Following government criticism of the Zimbabwean bishops, the Apostolic Nuncio to Zimbabwe, Archbishop Paolo Rudelli paid a solidarity visit to Archbishop Ndlovu, who had been singled out in a blistering personal attack. The Nuncio’s visit was also a symbolic act of solidarity with all the Zimbabwean Bishops.

The deep concern of diplomats

In a statement issued on Friday, the heads of missions from the United States, Britain, Germany, Canada, the Netherlands, Norway and Poland argued that “Covid-19 must not be used as an excuse to restrict citizens’ fundamental freedoms.” Instead, they urge the government “to address corruption and the illicit extraction of Zimbabwe’s wealth for personal gain, which continues to undermine Zimbabwe’s development.” Vatican News

VATICAN - The British episcopate praises the courageous pastoral letter of the Bishops of Zimbabwe for defending the dignity and fundamental human rights as the country faces unprecedented crises. “Christians across the globe have been inspired by the co...
Share via
x
More Information
x