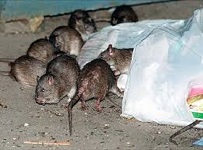 ZIMABWE – Some prisoners at Chikurubi Maximum Security Prison trap rats for food, one of the nine men accused of masterminding a foiled jailbreak at the prison told the court yesterday.

Lucky Matambanadzo (39), who is a self actor, made the revelations while cross-examining a State witness, Claudius Mutizwa. Each prisoner will be accorded the opportunity to cross-examine the State witness.

Matambanadzo asked if Mutizwa would dispute that starving inmates were eating rats.

“Since you said your evidence is confined to B Hall alone not other cells, would you then dispute it if I tell that starving inmates in your cell were feeding on rats just like inmates from my cell, C Hall. Inmates resorted to trapping rats for food. Would you dispute it if I tell you that was what prisoners were going through at Chikurubi Maximum Security Prison,” asked Matambanadzo.

Mutizwa replied that there was never a food shortage at the prison.

“If prisoners were being given two slices of bread it meant that the Government was only able to provide that,” responded Mutizwa.

“The country is going through socio-economic hardships and Chikurubi is not an exception.”

However, Matambanadzo insisted that food was never enough at the prison and the inmates would scramble for food, running away with food bins while others became bullies.

“The prison is just like the society where one will find street kids and such kind of people,” replied Mutizwa.

Matambanadzo added that that prison officers broke windows after the alleged prison break to strengthen their case against the nine accused.

ZIMABWE - Some prisoners at Chikurubi Maximum Security Prison trap rats for food, one of the nine men accused of masterminding a foiled jailbreak at the prison told the court yesterday. Lucky Matambanadzo (39), who is a self actor, made the revelations whi...
Share via
x
More Information