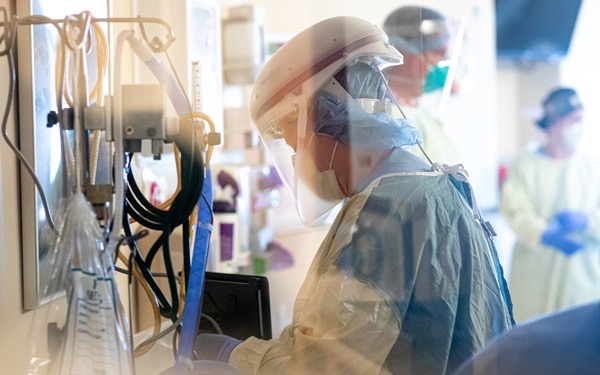 HARARE – Some medical practitioners in collusion with private health facilities are reportedly reaping off COVID-19 patients by charging extortionate fees for treatment, NewsDay can reveal.

This followed reports that some health institutions in Harare have adopted hefty pricing for COVID-19 treatment with patients alleging that they were paying through the nose to be attended to even for mild conditions.

As admission and treatment for COVID-19 overwhelms public hospitals which are full to capacity, desperate patients were opting for the private practice. But the price range is beyond many people’s wallets.

There was a flurry of accusations with patients saying these facilities were profiteering from the pandemic while owners defended their pricing regime, saying importing medication and equipment was expensive.

In a post that went viral yesterday, a couple visited an upmarket private health facility (name supplied) for treatment after the husband developed COVID-19 symptoms.

“At first, the nurse insisted on us making a decision which protocol we will be going for before even seeing the doctor. We asked to see the doctor first and finally we got the consult. After testing positive for antigen, he was told that there were two treatments being offered, protocol two and protocol three,” the aggrieved family wrote.

The family was put on protocol two which involved being put on a nebuliser and jet fuel/drip at a cost of US$475 and US$250 shortfall if on medical aid. Also under protocol two, one will need to buy a treatment kit which costs $150.

Thereafter, the patient will need to come in everyday for five days to be put on the nebuliser and drip. This they said cost $475 per day, and medical aid does not cover it.

The couple alleged that the centre refused to give them a prescription for the treatment kit so that they could buy elsewhere and they claimed they could not disclose what was in the kit.

However, after payment, they discovered that the pills in the treatment kit that cost US$150 included Ivermectin, Omeprazole Prednisone, Zinc, Aspirin, Colchicine and Doxycycline.

A quick check in local pharmacies revealed that the prescribed drugs cost about US$25. In most pharmacies, Ivermectin was going for between $5 and $8 for five tablets, Omeprazole US$2 for 10 tablets and US$3 for 30 Prednisolone tablets. Zinc costs $3 per 10 tablets, Aspirin $1 for 30 tablets, Colchicine $8 for a box and Doxycycline $7.

One pharmacist said one could sopt for the Azithromycin course which cost $6.

Even where some doctors charge around US$30 as consultation fee, treatment kit cost US$25 while maximum costs for a house visit is US$50, the total costs are not anywhere near the extortionate charges at some private facilities.

But Trauma centre’s Vivek Solanki trashed the allegations, saying patients were not forced to pay in US dollars as they accept local currency.

He accused some patients of exaggerating.

Solanki said US$475 included specialist, medicines, physiotherapy and specially-trained COVID-19 nurses costs, who have to be paid triple wages for risking their lives treating such patients.

“This barely covers the cost of US$475,” Solanki charged.

“All medical equipment including oxygen tanks, critical monitors, nebulisations, IV lines, medicines, air purification machines and systems are imported at high cost and we have to pay exorbitant freight costs and taxes and Zimra (Zimbabwe Revenue Authority) duties on all the above.”

He also said workers had to be paid extra for risking their lives.

Another doctor, who refused to be named, said some of charges by private facilities were not consistent with what prevailed on the market.

“Some of the charges in private practice are extortionate to say the least. These acts should be exposed. The treatment pack at most cost US$25, while we charge US$30 as consultation fee. The maximum is US$50 house visit,” the medical practitioner said.

HARARE - Some medical practitioners in collusion with private health facilities are reportedly reaping off COVID-19 patients by charging extortionate fees for treatment, NewsDay can reveal. This followed reports that some health institutions in Harare ha...
Share via
x
More Information