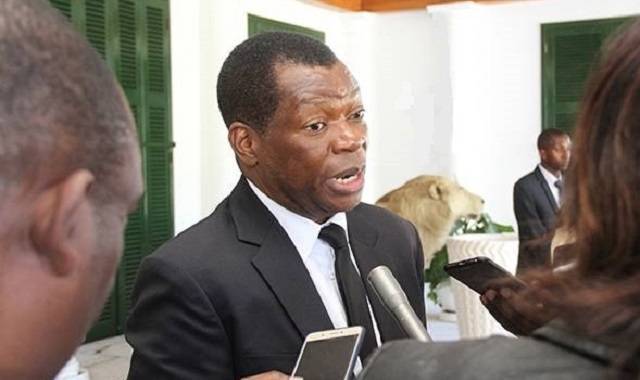 HARARE – The National Prosecuting Authority (NPA) has finally complied with the Constitutional Court ruling made two years ago to disengage prosecutors seconded from the security sectors.

Since independence, members from the military and police service have been deployed to carry out prosecutorial duties on claims that the responsible department is understaffed.

In February 2019, the ConCourt unanimously ruled that the secondment of members from the State security agencies (police, airforce and army) as public prosecutors in civilian courts was a serious violation of the Constitution.

This followed an application by the Zimbabwe Law Officers Association(ZLOA) which sought to compel Prosecutor-General Kumbirai Hodzi and Justice Minister, Ziyambi Ziyambi from engaging security sector personnel as public prosecutors.

A circular on the 8th of February advising the withdrawal of the affected members was sent to all stations around the country.

Following the said circular, acting secretary in the Prosecutor General’s office Mr A.K Munowenyu dispatched another circular telling Provincial and Station heads to formally inform all those affected by the order and give them a befitting sendoff.

“We refer you to our circular referenced REF: NPA/HR/05/2021 dated 8 February 2021. The aforementioned circular directed the disengagement of the services of serving members in the security sector to the Authority. Provincial and Station heads are requested to formally inform the affected members.

“May you clarify to them on the need for the Authority to comply with the Constitutional Court Order CCZI/19. Furthermore may you please give them a befitting sendoff at your office level, and thank them on behalf of the Authority on their successful tour of duty, their dedication as well as their commitment,” said Munowenyu.

Human rights defenders have always expressed concern over the use of military and police officers as prosecutors in the civilian courts.

HARARE - The National Prosecuting Authority (NPA) has finally complied with the Constitutional Court ruling made two years ago to disengage prosecutors seconded from the security sectors. Since independence, members from the military and police service hav...
Share via
x
More Information
x