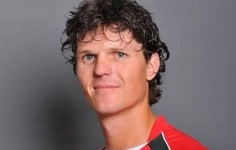 ZIMBABWE – In a country often struggling to redress the bitter legacy of racism and vast inequalities of the past, former Zimbabwe cricketer Mark Vermeulen opened up old wounds when he, in the worst racial slur imaginable, referred to black people as “apes” in a Facebook post. Racism in Zimbabwean sport has always revealed an ugly reality, particularly in the former “white sports” which have also attracted significant black interest.

Being such a touchy subject to address, each time a race storm has blown up, the particular sport affected has been left counting losses because of the controversy and unwanted publicity it generates. Last year, the national rugby team appeared on course for a spot at the 2015 World Cup.

But team manager Losson Mtongwiza, in an internal memo leaked to the media, claimed that a “powerful white clique” within Zimbabwe Rugby Union was sidelining black administrators from key decision-making positions. This was in anticipation of a financial windfall from the World Cup, according to the memo.

Zimbabwe’s campaign ended agonisingly as it narrowly missed out on what would have been the country’s first appearance at the global event in 22 years.

The race storm on the eve of the qualification tournament in Madagascar took some of the flak and was blamed for depriving the team of crucial preparation and focus. Then ZRU Director Liam Middleton claimed that on top of an unnamed European side cancelling its scheduled month-long tour of Zimbabwe in response to the racism allegations, a leading sponsor had pulled out of negotiations for a major deal.

Rugby and cricket in Zimbabwe, due to similar historical backgrounds, have suffered from the same political problems for many years. In rugby, few have been more outspoken against racism than former national team captain Victor Olonga, elder brother of ex-cricketer Henry. In 2002, Victor led a player revolt against the appointment of white coach Alex Nicholls, accusing him of being racist.

Nicholls, who played for Zimbabwe at the 1987 and 1991 World Cups, was forced to quit the post before he had even started. “The issue with Nicholls was that he once coached us temporarily at the World Cup qualifiers 1998 and he made an unwanted comment,” Victor told Al Jazeera.

“It upset a lot of black players and highlighted his attitude towards blacks. The next time Alex came around, I was the captain. You obviously don’t forget these things. Jeff Tigere and I were the only black guys who remained from that Morocco tour.

“So we told the union that ‘we don’t like this guy because of this.’ “When people are caught making racist comments, instead of admitting they have a problem with racism, they rush to apologise and say stuff like ‘I’m not racist, I have a lot of friends who are black’ and that kind of nonsense.”

More recently, Vermeulen reactivated the racism debate with his slur. Once acquitted of arson charges on grounds of mental illness, Vermeulen made the remarks in response to a complaint made by Prosper Utseya alleging racism in Zimbabwean cricket. In the post in July, Vermeulen wrote that black people wouldn’t have any problems “if we had left them in the bush” and Utseya might be happier if he was living “in his mud hut”.

Ethnical diversity is a beautiful thing. But beauty has an ugly side, and the ugly side is its tendency to be a breeding ground for racism. Such is the case with cricket in Zimbabwe.

To Tavengwa Mukuhlani, Zimbabwe Cricket chairman, Vermeulen’s remarks expose a deep-seated fundamental prejudice shared by many in the country, a reflection of a mindset which must not be treated as an isolated case of mischief.

In Vermeulen’s case, his remarks had been triggered by racism allegations by Utseya against Zimbabwe Cricket’s managing director Alistair Campbell who was accused of, among other things, racially biased appointments and influencing selection against him. David Coltart, Zimbabwe’s former sports minister, admitted that “institutionalised racism in the country discriminated against all people who weren’t white” in the past.

Coltart, who is white, claimed in an interview with Al Jazeera that reverse racism targeting whites was now rampant under the current black Zimbabwe Cricket administration.

“I don’t think there is mistrust between most players, black and white,” he said. “I’m aware of excellent relations between most national team players, with some grave exceptions of course. I do think certain administrators, who appear to spearhead the reverse racism quota policies, are distrusted not only by white players but also by most of the black players too.

“Sadly because of our legacy of racial discrimination there are on occasions incidents when reverse discriminatory practices have been applied which have seen white sports people prejudiced against in certain disciplines.”

There have been isolated incidents of racism reported in golf, hockey, squash and tennis among other sports but there is a conspicuous general lack of mass black interest in those. In some cases, though, willing blacks find it hard to access good facilities in white neighbourhoods because membership fees and subscriptions at sports clubs are beyond most of them.

Football — Zimbabwe’s number one sport — has had nearly 100 percent black participation in all areas, so racism hasn’t manifested itself on a large scale. But the lack of interest in football among the white population is seen as an example of institutional reluctance to mix and strengthen race relations with their black countrymen. Schools are an important conveyor belt of talent for Zimbabwean sport.

But football has never been immersed in the culture of the leading “white” private schools and is generally viewed as a black sport.

ZIMBABWE - In a country often struggling to redress the bitter legacy of racism and vast inequalities of the past, former Zimbabwe cricketer Mark Vermeulen opened up old wounds when he, in the worst racial slur imaginable, referred to black people as “ap...
Share via
x
More Information