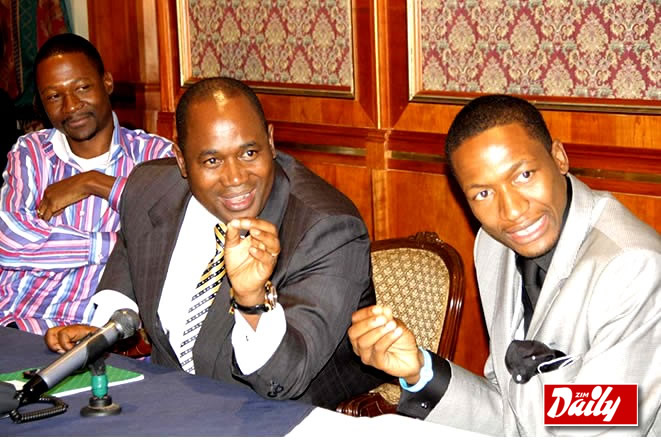 HARARE – UNITED Family Interdenominational Church (UFIC) leader Prophet Emmanuel Makandiwa says God has shown him that a rare oil resource will be discovered in Zimbabwe and that the discovery would bring to an end the economic misery in the country.

Makandiwa said this during his church’s Judgement Night 3 event, reportedly attended by over 150 000 believers at the National Sports Stadium on Friday night.

During the same event two years ago, Makandiwa also prophesied a gold rush which he said would see phenomenal economic turnaround in 2014. This, however, did not happen.

On Friday night Makandiwa told his followers that the discovery of oil could be the panacea to the country’s economic problems.

Despite these hopeful predictions, the country’s economy has continued on a downward spiral with the standards of living continuing to worsen for the majority of Zimbabweans.

“I am seeing oil coming out of our ground,” Makandiwa said, sending the crowd into wild jubilation. The Standard

“Just in case you think I am joking, I will tell you the place. No one knows this, but you will know that in this nation there is a prophet from God,” Makandiwa said amid isolated chants of “prophesy papa” and “you are a true prophet Man of God.”

Makandiwa said he was taken by the spirit and shown the place where the oil would be discovered.

He said it was a place along some big river. He said he had seen in the prophecy huge machinery sucking up oil from the ground.

He, however, said it was likely to be in the next generation.

“… God said if it is found, then is it enough for the problems that we have. I saw a generation, maybe it is the next generation, I saw them in a place and oil was coming from that place. I was made to touch the ground, my whole body
was filled with oil and God said there is much of it in the place,”Makandiwa said to wild cheers and screams from the followers.

Dressed in a blue suit and matching tie, Makandiwa walked into the National Sports Stadium at exactly 11:02pm accompanied by his wife Ruth, sending the crowd into a frenzy.

Thirteen minutes later, he was welcomed to the stage by Pastor Prime Kufa who was the master of ceremony and started ministering to the congregants.

Makandiwa also promised to bring back recently lost jobs through his prayers.

Judgement Night 3 was attended by several businesspeople, politicians and more than 20 000 foreign dignitaries.

HARARE - UNITED Family Interdenominational Church (UFIC) leader Prophet Emmanuel Makandiwa says God has shown him that a rare oil resource will be discovered in Zimbabwe and that the discovery would bring to an end the economic misery in the country. Makan...
Share via
x
More Information