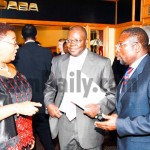 ZIMBABWE – THE newly-formed Renewal Democrats of Zimbabwe (RDZ) will soon test the country’s electoral process after fielding a candidate in the Makoni Rural District Council ward 27 by-election set for November 7.

The Elton Mangoma-led RDZ acknowledged the country’s electoral management shortfalls, but said it will take a different approach in addressing the challenges and a poll boycott was none of them.

“The Renewal Democrats of Zimbabwe fielded a candidate, Constance Nemuseso, for by-elections in ward 27 of Makoni South after residents and other stakeholders demanded RDZ representation,” said the party spokesperson Pishai Muchauraya.

“We are aware of the threats posed by our country’s electoral systems which are not only fraudulent, but fall far short of the Sadc norms and standards for a free and fair election. This will not, however, pull us down, as we are confident of winning.”

RDZ was born out of irreconcilable differences within the MDC Renewal, then led by Mangoma and Tendai Biti, who recently rebranded his party to People’s Democratic Party (PDP).

Muchauraya said the race would be between his party, RDZ and Zanu PF adding that they consulted other “friendly” stakeholders and political parties who promised to rally behind them.