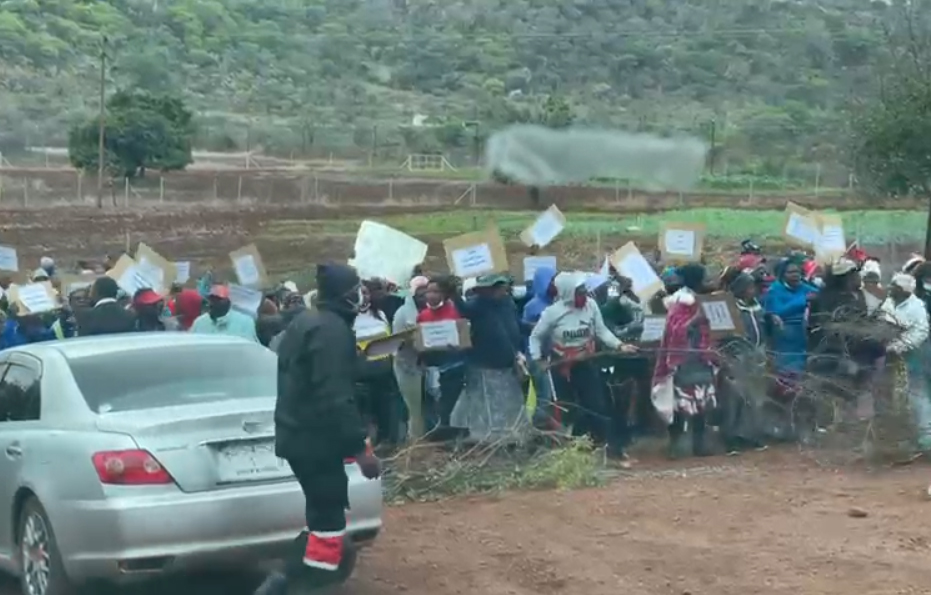 I write this letter in the heart of the night because I’m gravely concerned about the safety and security of the life and rights of President Nelson Chamisa, who as a citizen of this country is entitled to the full protection of the law and as the leader of the largest political party in Zimbabwe ought to be afforded that respect and recognition.

I am concerned about the integrity of the police and other law enforcement agencies in this country and I am also concerned about the credibility of the country’s rule of law system and its purpoted tolerance and democratic tenets. Is the rule of law still functional in Zimbabwe? Is the police force still able of enforcing the law? Are the courts still fair and objective arbiters? Is Mnangagwa still capable of upholding the law and the constitution as stipulated in the constitution? If NOT then should he remain as defacto President or he must be impeached?

In the absence of an effective domestic recourse to guarantee the life of President Nelson Chamisa and all citizens opposed to Mnangagwa’s illegal and illegitimate rule, what other intentional mechanisms either at SADC/AU/UN level are there that can reign in Mnangagwa’s shameless and barbaric bitterness stemming out of his dismal loss to President Nelson Chamisa in 2018?

To conclude, if President Nelson Chamisa, a globally known and recognised leader in Zimbabwe can be subjected to such brazen attacks by Mnangagwa and his blood thirst murders, what more ordinary, defenceless citizens? There is no guarantee of the security of life itself for those who are opposed to Mr. Mnangagwa let alone the rights of President Chamisa and all citizens to exercise their rights to freedom of speech, movement and political affiliation in Zimbabwe.

Put simply, Mnangagwa is failing or refusing to uphold the law and the constitution as he is obligated by the constitution being the defacto President of Zimbabwe and impeachment proceedings must be commenced and supported by all citizens and relevant institutions of the state such as the courts, Parliament and others. The international community in all its various facets must urge Mr. Mnangagwa to guarantee the life and safety of President Chamisa and stop sending his gukurahundi, blood thirsty thugs to threaten citizens’ life. Every Zimbabwean and all progressive formations, organisations, students and labour movements and other progressive opposition political parties must converge and speak with one voice demanding an end to this lawlessness and threat to citizen’s lives for merely exercising their rights as given by the constitution.

All citizens must speak out and demand the full protection and guarantee of every citizen’s life and right to political affiliation. We can no longer remain silent!

I write this letter in the heart of the night because I'm gravely concerned about the safety and security of the life and rights of President Nelson Chamisa, who as a citizen of this country is entitled to the full protection of the law and as the leader ...
Share via
x
More Information