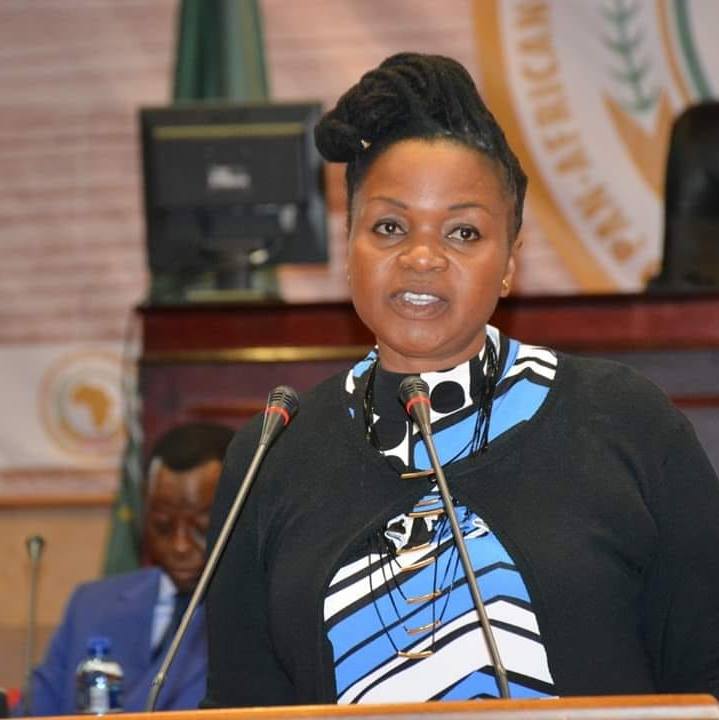 HARARE – Former Midlands Senator Lilian Timveos has hit back at claims by MDC Alliance Secretary-General Chalton Hwende that she joined Zanu-PF after she was promised that she was going to retain her vehicle despite being recalled from parliament.

Below is the full transcript of the response by Timveos:

I found the tweet by Chalton Hwende that my reasons for resigning from the MDC Alliance was that the First Lady promised me that my senatorial car will not be seized to be demeaning and a lie by an evil person in the MDCA who will destroy that party until there is nothing to talk about.

Hwende may fool people who do not know him but not me and all members in the Standing Committee and Members of Parliament who know that he is the one who destroyed that party single handedly. He is the reason why I made the decision I made.

I am a businesswoman owning several shops in Zvishavane who has properties all over the country and had no need of a car since I started driving different sort of cars for decades.

Hwende is the one who approached Douglas Mwonzora begging him to save his car. I have got more than 5 cars and I am a woman of means, that’s why I never stole party funds which no one knows how it disappeared.

No one in the party knows how the party funds from the political parties Finance Act before given to the MDC T disappeared since the death of the late Morgan Tsvangirai. He knows well that I was a Deputy Treasurer General in name and he controls everything and my former boss David Coltart was abused, insulted and demeaned at every Standing Committee meeting by him.

Hwende knows that he fights everyone in the party. I was one of the major financiers of the party for many years and the Midlands Province stood for many years because of my financial donations to the party.

We have been treated like school children insulted by Hwende and Nelson Chamisa never reprimanded him. How many Standing Committee members cried in meetings for abuse every turn.

Before Morgen Komichi and Douglas Mwonzora left we would hold meetings before every Standing Committee meeting to undress them after Hwende sold us lies. We would get into the meeting for insulting them and no serious business would be discussed except undressing them.

Mwonzora cried like a baby at one of the Standing Committee meeting accused of why he talked to the Daily News and only responded by saying “Nhai vana Mwari inga makahwina ku Congress ko munondishungurudzirei.”

I am one of those who made Mwonzora cry after wandifurira kuti we must make sure that Mwonzora aenda. You know the Standing Committee we had and we insulted Morgen Komichi after you told us kuti Komichi akaenda ku n’anga kunomutsa mweya waTsvangirai. Komichi refused to reply saying he need to heal first from the insults and accusations of witchcraft.

Hwende knows he lobbied us to fight Welshman Ncube whom he accused of having opened a bank account in SA with David Coltart to revive his MDC Green. Hwende sold us a lie that Welshman Ncube haana kudzoka nemoyo wake wose and Welshman’s son was the signatory to the account, something we found later to be untrue. Arikuda ku revivha party yake iye na Coltart.

End of last year you lobbied us kuti Job Sikhala adzingwe mu party. You lobbied for a special Standing Committee meeting to just discuss why Job Sikhala participated in the 31st July demonstration without the authority of the party.

I remember Hwende achiita undress Fadzayi Mahere kuti why was she tweeting about Hopewell Chin’ono on the MDC A twitter handle but not tweeting about him.

No one is allowed to speak or do anything in the party. How many times did you lobby us Hwende kuti we must fire Tabitha Khumalo. You don’t like that woman and you want her gone and you know it.

So respect me Hwende. If you continue writing lies about me I will respond exposing you more pane zvandasiya pano. Don’t lie about a car as if I have got hunger for cars.

HARARE - Former Midlands Senator Lilian Timveos has hit back at claims by MDC Alliance Secretary-General Chalton Hwende that she joined Zanu-PF after she was promised that she was going to retain her vehicle despite being recalled from parliament. Hwende m...
Share via
x
More Information
x