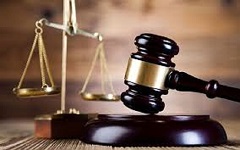 ZIMBABWE – A Midlands State University (MSU) lecturer was allegedly fatally stabbed by her husband after she bragged about an extramarital affair she was having as revenge for her husband’s infidelity.

Netsai Ncube (48) from the department of Agriculture, Livestock and Wildlife Management died in hospital on Saturday after her husband, Fred Nyamhanga Shavi (63) an Education Inspector in the Primary and Secondary Education Ministry, allegedly stabbed her, leaving her for dead at the couple’s Southdowns suburban home.

Ncube died at Gweru Provincial hospital at around 2.30pm.

Sources close to investigations alleged Shavi had hired hitmen to kill his wife’s alleged boyfriend and bring him the man’s eyes as proof that he was dead.

The assassins allegedly slaughtered a goat and brought its eyes instead, before making a police report.

Shavi allegedly fled to his rural home in Sanyati after the attack, from where he allegedly told relatives he wanted to commit suicide.

Police arrested him in Sanyati yesterday. A woman who said she was Ncube’s sister declined to speak to the Press, saying her father, who was away was the family’s spokesperson.

Deputy Officer Commanding Gweru District, Superintendent Elias Chivandire, said Shavi might have had a misunderstanding with his wife on Friday night before he allegedly attacked her with an unknown sharp object the following morning. He said police investigations were underway.

“I can confirm that we are investigating a murder case where a 63-year-old male adult from Southdowns low density suburb is suspected to have killed his wife after hitting her with a sharp object on the head. It is suspected that the suspect might have attacked his wife in the early hours of Saturday before he called his nephew Xmas Mutero of Msasa Park in Kwekwe and told him to go and check on his wife because he had attacked her. He also threatened to commit suicide,” said Supt Chivandire.

“Mutero proceeded to the house where he found the gates and doors locked but forced open both and found the now deceased groaning in pain while bleeding profusely. He left and sought assistance from the Gweru Fire Brigade who provided an ambulance to ferry Ncube to Gweru Provincial Hospital.” Supt Chivandire said Mutero, however, did not report the matter to police but informed the now deceased’s son who then informed other relatives. The relatives then reported the matter to Senga Police,” he said.

Supt Chivandire said after allegedly committing the crime Shavi fled to his rural home in Sanyathi.

Gweru Provincial Hospital Medical Superintendent Dr Fabian Mashingaidze confirmed that Ncube died at GPH while waiting to be ferried to Parirenyatwa group of hospitals where she had been referred as her condition was critical. Shavi allegedly told investigators he had always been fighting with his wife over infidelity issues.

ZIMBABWE - A Midlands State University (MSU) lecturer was allegedly fatally stabbed by her husband after she bragged about an extramarital affair she was having as revenge for her husband’s infidelity. Netsai Ncube (48) from the department of Agriculture...
Share via
x
More Information