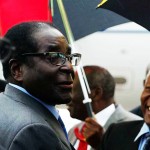 Ed Davey said the government had no right to sell the properties because they did not belong to the state.

And he claimed the “shameful” policy would hit those in housing need.

A Lib Dem source said that was “not language we would choose to use but we are concerned about the implications of losing housing association homes”.

In an impassioned speech at a Lib Dem conference fringe meeting, Mr Davey accused the Conservatives of being untrustworthy and of not taking poverty reduction seriously.

The former MP, who lost his seat in May, called for more social housing to be built so the government could stop “subsidising” the poor through housing benefit.

“The Tory policy of selling housing associations is Mugabe,” he told activists to applause.

“That’s not acceptable, it’s shameful,” he added, arguing that keeping social housing was a “way of helping people with housing costs”.

In a wide-ranging attack on his former coalition partners, Mr Davey also claimed he had stopped the Conservatives from scrapping flame-resistant clothing regulations.

“They wanted me to get rid of a regulation that made furniture non-flammable, and ladies and girls’ night dresses non-flammable. That’s how ideological and right wing some of those Tory people are.”

Britain has tougher regulations than the rest of the EU but the coalition was considering relaxing the rules as part of its war on red tape before Mr Davey, then a junior business minister, stepped in.

He also revealed that he had held Conservative ministerial colleagues to ransom by threatening not to sign licences for oil and gas exploration which “they really wanted for their shale gas mates” so he could get a pet policy through.

He claimed to have told Tory ministers “I am not signing it until you give me my private sector rented legislation. I got them”.

He also spoke about a year long battle with the then Conservative environment secretary Owen Paterson to get contract cleaners, cooks and security guards in his department of energy and climate change paid the Living Wage.

“I was told it was too difficult to divide those contracts up because Owen Paterson wasn’t interested in the living wage. So I said ‘I don’t care. Divvy up the contracts. I am not prepared to work in a department where the cleaner is paid at not the Living Wage and we got it through.”

He urged activists and campaigners to win the argument on tackling poverty so “maybe we can move Osborne and his ilk from an opportunist, politically motivated scoundrel to someone who really does care about people in poverty.”

ZIMBABWE - David Cameron's flagship policy to sell off housing association properties has been compared to a Robert Mugabe-style land grab by a former Lib Dem minister. Ed Davey said the government had no right to sell the properties because they did not ...
Share via
x
More Information