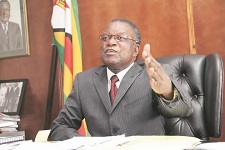 ZIMBABWE – Names of companies that will design the dualised Beitbridge-Harare Highway are likely to be announced in a fortnight, a process that is expected to kick-start works on the construction of the trunk road that has caused the death of hundreds of people due to its poor state, The Herald can reveal.

Government discussion with the contractors has also reached an advanced stage on the dualisation of the country’s major highways, with contracts expected to be a\warded by April.

The names of the designers of the highway will be announced once the State Procurement Board (SPB) officials resume work on January 14.

Besides the Beitbridge-Harare highway, Government is also prioritising the immediate dualisation of the Harare-Chirundu, Beitbridge-Bulawayo and Bulawayo-Victoria Falls highways that link Zimbabwe to its major trading partners in the region.
Government last August invited interested engineering firms to submit bids for the design of the Harare-Beitbridge Road dualisation that was segmented into four sections.

“Tenders for designing of the Harare-Masvingo-Beitbridge highway have been received and we are now awaiting adjudication by the Tender Board who are on recess, but will be back on January 14,” he said.

“Once adjudication is done, that will kick-start the process of dualising our roads, especially those that link us to our borders. So, we expect that tenders for the dualisation of roads such as Beitbridge-Harare-Chirundu and Beitbridge-Bulawayo-Victoria Falls will be issued during this first quarter.

“We have no reason to delay because already there are plans to construct a road from South Africa to Kazungula through Botswana (by those countries). If we dilly-dally, we will lose out.”

Dr Gumbo said a number of prospective contractors with their own capital expressed interest to do the local projects.

He said for that reason, Government would engage contractors for concurrent projects.

“But our position is that those contractors must have their own funding which comes at concessionary rates,” said Dr Gumbo.

“The other condition is that those who win the tender must engage locals and that they must not bring equipment or other resources that can be accessed locally.

“As you are aware, President Mugabe has identified road infrastructure as one of Government’s key priorities. There is commitment from the highest office in the country, so there will be significant developments on the ground in the near future.”

Government took over the Beitbridge-Masvingo-Harare dualisation project from Zim Highways Consortium, a grouping of local firms, that had failed to raise the required capital.

Zim Highways Consortium had been awarded the tender in 2002, but took the matter to court when Government withdrew the tender, stalling the dualisation as it was impossible to engage another firm.

The consortium withdrew the court application last year, paving way for Government to engage other contractors.

The Beitbridge-Masvingo-Harare highway has outlived its design life, as it was designed to last 20 years, but has been in use for over 55 years.

The highway has recorded a lot of accidents due to the huge volumes of traffic, and dualisation has been identified as a long-term solution to the problem.

Zim-Asset, among other priorities, singles out dualisation of the Beitbridge-Harare-Chirundu highway as one of the major projects that must be undertaken to facilitate economic development.

ZIMBABWE - Names of companies that will design the dualised Beitbridge-Harare Highway are likely to be announced in a fortnight, a process that is expected to kick-start works on the construction of the trunk road that has caused the death of hundreds of p...
Share via
x
More Information