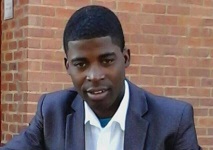 ZIMBABWE – This time around Zimbabwean President Robert Mugabe needs to start confessing his sins and as well as bid farewell to his loved ones and fellow heads of state because he has one day before he dies, if a prophecy made by Malawian prophet Austin Liabunya earlier this year is anything to go by.

Liabunya prophesied that the Zimbabwean who is aged 91 now will breathe his last on 31st December 2015.

Liabunya’s prophecy which hit the media earlier this year has now been under debate now as the days to Mugabe’s death nears.

10 months after he made his controversial prediction, the preacher has expressed no regret saying Mugabe will die by the 31st December this year, News24 Zimbabwe reported last month.

“He made these utterances at the new year during a cross over service in Lilongwe.The service was held in Area 23 at Music Cross Road tent in Malawi’s administrative capital Lilongwe in the early hours of January 1st” a published report reads.

Liabunya said “Mugabe’s biological clock will not tick beyond this year ” after which Zimbabwe will be “restored” to be one of the richest countries in Africa.

Mugabe: ‘Is dying in two days.’

The prophet said First Lady Grace Mugabe “will never win in Zimbabwean politics” and had simply joined politics to “protect her ill-gotten wealth,” for which she would be soon humiliated.

Liabunya said that it would be good for Grace to contest as she would give back wealth to the Zimbabweans during the campaign period.

This time the preacher says Mugabe will “certainly die as proclaimed by this oracle of God and I will be vindicated as God’s humble messenger.”

Liabunya is a controversial figure who has won himself a following over the last few years predicting accurate political events in Malawi. His followers say that he accurately prophesied former Malawian President Joyce Banda’s defeat in 2014.

But the preacher has been slammed for making false predictions all to seek popularity after during the same January service he told his followers that Zambian opposition leader Hakainde Hichilema would emerge as the new President of Zambia when the country goes to election on January 20, something which turned out to be untrue.

The United Party for Development leader was beaten by Patriotic Front leader Edgar Lungu who ironically has been getting support from President Mugabe.

Liabunya had last year prophesied that the current Malawi ruling Democratic Progressive Party (DPP) would be ruled by a youthful leader as there will be incessant rebellion, something which is yet to take place.

Robert Mugabe has one more day to live

ZIMBABWE - This time around Zimbabwean President Robert Mugabe needs to start confessing his sins and as well as bid farewell to his loved ones and fellow heads of state because he has one day before he dies, if a prophecy made by Malawian prophet Austin L...
Share via
x
More Information
x