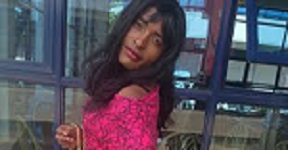 “As Kenyans, we are very lucky and blessed. The Pope is a symbolisation of holiness and that is bound to spread among us.” He urged people to get their act together and spread love especially during this time when his Holiness was around.

He also alluded to Kenya’s increasing fortunes that has seen her host prominent personalities this year like President Barrack Obama who toured Kenya in July.

“President Barack Obama was also here, and he encouraged us to strive for growth. I mean, of all the African Countries, POTUS landed in his motherland and gave as much motivational talks as he could.” Shaniqwa added.

He, in his element, did not finish without a joke. He also intimated that we should proud to have hosted President Mugabe, who has been in power for the longest time as an African president.

“We cannot forget longest serving African leader, President Mugabe who also graced us with his presence in 2015.” He joked.

Corruption: The buck stops with Mugabe

Robert Mugabe was here.. and now the Pope? We are blessed- Shaniqwa

ZIMBABWE - Hapa Kule comedian Kevatin Muthaka aka Shaniqwa took time out of his funny character to explain to Kenyans just how much they were blessed to receive Pope Francis this week as the first African country ahead of his tour in Uganda. “As Kenyans,...
Share via
x
More Information
x