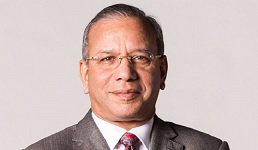 ZIMBABWE – Rotary International president Ravi Ravindran is expected to visit Zimbabwe in March as part of his international tour this year.

She said the visit would unlock numerous humanitarian support for various Rotary Foundation projects funded through Rotary clubs in Zimbabwe.

“This is particularly elating considering that Rotary is represented in more than 160 countries across the globe and that a Rotary International president’s term of office is only one year. Zimbabwe benefits from this visit in numerous ways. Among others, this visit puts Zimbabwe on the global map as the country gets positive international media attention,” Dongo said.

“He will be engaging the Head of State and senior government officials to discuss opportunities for the advancement of peace, poverty alleviation and development of local communities. Zimbabwe is one of only four countries on the continent that he will be visiting in his one-year term.”

The organisation has been responsible for various programmes around the world, including eradication of polio in over 200 countries. Zimbabwe was declared polio-free last year having partnered with organisations like Unicef, World Health Organisation and the Bill and Melinda Gates Foundation, among others.

Dongo made history last year by being among six women worldwide and only one in Africa named as Global Women of Action at the United Nations.