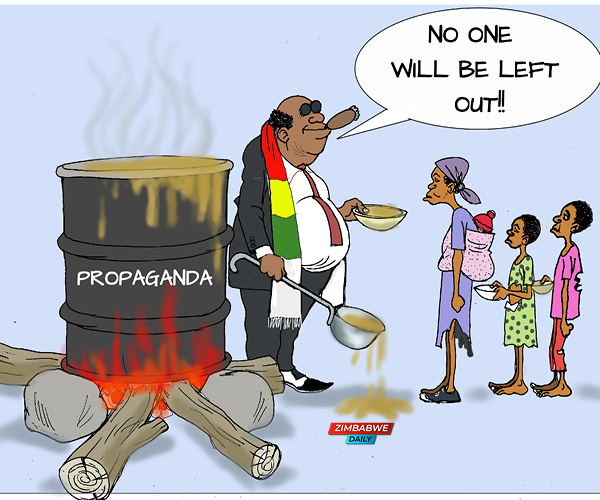 HARARE – Government has taken delivery of a specialised medical helicopter and an ambulance from Russia as Zimbabwe leans to Moscow when most countries are shunning the Eurasian country over its invasion of Ukraine.

The helicopter was reportedly recently received by State security agents at Manyame Airbase in Harare under strict orders that the event should not be made public.

“We can confirm that President (Emmerson) Mnangagwa received a specialised medical helicopter and an ambulance. It was donated to him by Russia,” a source close to procurement and delivery of the aircraft told NewsDay.

A Russian website last week confirmed the deal saying: “The rescue services of Zimbabwe received an Ansat ambulance helicopter and an ambulance, Rossiyskaya Gazeta writes. They were handed over by the Russia delegation during a visit to the African State.”

The Russian website said the visit to Zimbabwe was timed to coincide with Mnangagwa’s 80th birthday celebrations.

“Alexander Kozlov, head of the Russian Department of Natural Resources and Ecology, delivered congratulations from Russian President Vladimir Putin and Speaker of the Federation Council Valentina Matviyenko to Mnangagwa.

“In turn, the President of Zimbabwe sincerely thanked the Russian authorities. He called the new equipment a real treasure, hoping that it will make medical services in the country much more accessible, they will be provided much faster and better,” the website added.

Mnangagwa is a close ally of Russian President Vlamir Putin and Harare has always sided with the Kremlin on key international issues discussed at the United Nations General Assembly.

Zimbabwe Defence Forces officials asked NewsDay to send questions in writing but had not responded by the time of going to print.

The Russian specialised aircraft comes barely a year after the government splashed US$18 million on procurement of an Airbus Helicopter H215, which is an upgraded version of the ageing Eurocopter AS-532UL Cougar that Zimbabwe’s military has been using for VIP (very important people)’s transportation.

On November 10 last year, reports said Mnangagwa’s helicopter crash-landed at Marondera Golf Course after developing a technical fault on his way to Chimanimani.

Responding to the incident at that time, Information ministry secretary Ndavaningi Mangwana said the President required a new helicopter.

“A case for a new, safe and dynamic Presidential helicopter has been made,” Mangwana wrote on his Twitter account.

Yesterday, Mangwana said he was not aware of the new Russian chopper.

“I do not have information on that issue,” Mangwana said.

In August last year, Mnangagwa was forced into emergency landing in a village in Chegutu after the Presidential helicopter also developed a technical fault.

He was coming from his farm in Kwekwe.

The Air Force, which maintains Mnangagwa’s helicopter and military choppers that escort him when he flies within the country, has been blighted by aviation accidents in recent years due to bad weather, human error and use of ageing aircraft.

HARARE - Government has taken delivery of a specialised medical helicopter and an ambulance from Russia as Zimbabwe leans to Moscow when most countries are shunning the Eurasian country over its invasion of Ukraine. The helicopter was reportedly recently r...
Share via
x
More Information