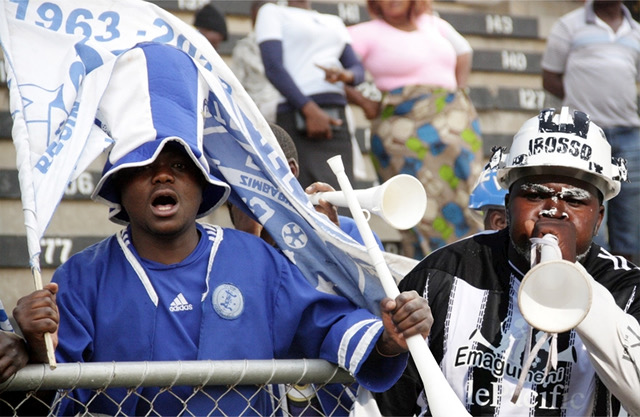 HARARE – Premier Soccer League giants Dynamos and Highlanders have received a major boost after petroleum company Sakunda committed to a sponsorship package worth US$3 million over three years.

The company will this week announce a sponsorship package of $75 million for each club in a deal that will start this month and end in December of 2023.

The two clubs’ players will become the best paid players in the local topflight.

Highlanders have been struggling to pay their players and the deal will come as a shot-in-the-arm ahead of the resumption of football at the end of the month.

The agreement will see Sakunda provide US$420 000 towards the payment of salaries for players and the technical team.

Each club will also receive US$60 000 per year for signing-on fees.

With such a huge financial backing the two clubs will be favourites for the league honours.

There is a huge incentive to win the league title with a promise of the further US$200 000 for the club that wins the league title and $150 000 bonus for qualifying for the Caf Champions League.

NewsDaySport got a look at the contract which will be signed by the parties.

“Dynamos FC shall submit, in writing, a schedule of the first team players, technical team (which shall comprise not more than 10 people) and secretariat, and their monthly gross salaries duly signed by the authorised representative by the seventh

of every month,” part of the contract read.

The net salaries shall be paid through Sakunda payment system directly into the players’ accounts on or before the 20th of every  month. The first team players, technical team and secretariat shall only be  paid their net salaries. Sakunda shall avail funds of not more than US$60 000 (sixty thousand dollars) for player signing-on fees for each season/year.”

The petroleum giant will also provide funds for the day-to-day running of the clubs.

“Sakunda shall avail funds totalling US$5 000 per month for purposes of financing Dynamos FC operational costs for the efficient and smooth running of the affairs of the football club.”

DeMbare and Bosso cannot enter into sponsorship deals with any other entity during the duration of their relationship with Sakunda.

“Dynamos FC hereby grants Sakunda, non-exclusive sponsorship rights and shall not enter into any similar agreement with any other entity. Grants Sakunda, brand and product endorsements and access to players for marketing and publicity purposes.

It also grants Sakunda exclusive rights to brand the front centre part of all kits for the first team and technical team.

With such lubrication, Dynamos and Highlanders will be forces to reckon with when the league starts.

Both are in contention for the Chibuku Super Cup silverware. The competition resume at the end of the month after over a two-month COVID-19-induced break.