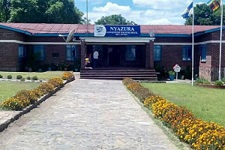 ZIMBABWE – Nyazura Adventist Secondary School, which recently expelled a Form One pupil over a suspected enrolment scandal, has opted to meet the schoolboy’s lawyers with a view to amicably settle the matter.

The school headmaster, Mr Onias Tendere, is accused of allegedly violating children’s rights after sending home the pupil a week after this term’s opening because he was not personally involved in the enrolment of the child.

It was the parents’ argument that they had been offered a place through the school secretary and had paid all fees and bought school uniforms.

When an altercation ensued between the parents and the headmaster over the expulsion of the boy, the parents had to withdraw their daughter who was in Form Three at the same school.

The relationship was so bad that it was no longer safe to leave the girl at the Seventh-Day Adventist Church-run institution.
The two children are currently out of school.

The children’s father engaged Mr Charles Nyika of Nyika, Kanengoni and Partners, who last week wrote a letter to the school demanding payment of $2 359 as compensation for the fees paid in respect of the two children, transport costs, levies, uniforms, groceries and other items.

Mr Nyika threatened the school with legal action if it failed to pay the claimed money.

“We have read through your letter and listened to our clients and we are of the high view that this can be resolved amicably between the parties.

“We are, therefore, proposing for a round table meeting any day between Wednesday 24 February 2016 and Friday 26 February 2016 at 2pm,” reads part of the letter.

ZIMBABWE - Nyazura Adventist Secondary School, which recently expelled a Form One pupil over a suspected enrolment scandal, has opted to meet the schoolboy’s lawyers with a view to amicably settle the matter. The school headmaster, Mr Onias Tendere, is a...
Share via
x
More Information