Schools Re-open Under A Cloud Of Uncertainty 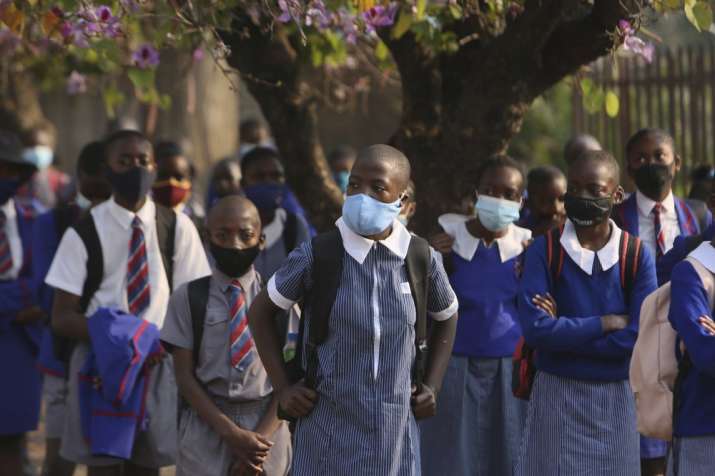 HARARE – Schools across the country today welcomed the rest of the students for physical classes albeit under uncertain circumstances with teacher’s unions demanding salary reviews before they report for duty.

The Government earlier this month gave the green light for the re-opening of schools after a long halt due to the Covid-19 pandemic.

However, teachers have called on the government to address their salary grievances, demanding that their salaries be pegged at US$520 as per pre-October 2018 salaries.

The Progressive Teachers Union of Zimbabwe said the teachers were ready to teach but only if government pays them a living wage.

“Yes, we are ready to teach when gvt is ready to pay us a realistic salary, backdated to Jan. Products of disgruntled teachers have been seen in G7 results and you will see more soon. @ZimTreasury @psczimbabwe don’t let 2021 be another lost year for learners,” PTUZ wrote on their social media platforms.

Teacher’s Unions say there has been no feedback from the meeting, adding that it signals that the government is not serious about their welfare.

Parents who talked to zimDaily said they were just sending their children to school but they were not sure if teachers were going to report for duty.

“We just have to send our children to school because we heard schools should now re-open bit honestly we are not sure if teachers will be attending and teaching them. The government and teachers need to find an immediate solution to the salary issue because the children will lose out again if they don’t. Last year, the children did not learn much because of the pandemic but also because teachers were not teaching because they were saying they are incapacitated,” said one parent.

Another worry for many parents has been the preparedness of schools to deal with physical learning after several schools last year witnessed spikes in Covid-19 cases when they re-opened.

However, government said they had put enough measures including Personal Protective Equipment(PPEs) in schools to ensure the safety of both learners and teachers.

Vice President and Health Minister, Constantino Chiwenga last week announced that the country will be moving to the second stage of phase one of the vaccination programme.

He said teachers will also be targeted during this stage to ensure that the education sector is not further compromised.

Schools Re-open Under A Cloud Of Uncertainty

HARARE - Schools across the country today welcomed the rest of the students for physical classes albeit under uncertain circumstances with teacher's unions demanding salary reviews before they report for duty. The Government earlier this month gave the gr...
Share via
x
More Information