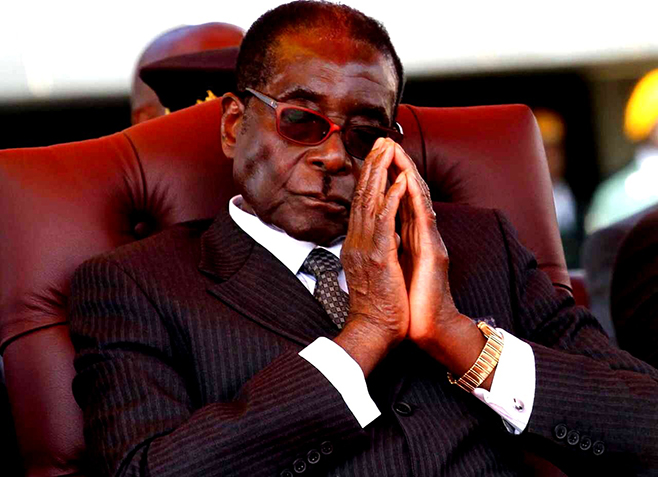 Mugabe’s address comes against background of recent massive job losses triggered by the Supreme Court ruling empowering employers to give three-month termination of contract notices to workers without giving any reason.

He is expected to touch on how the government intends dealing with the job losses, revive the economic fortunes of the country and the issue of pending food shortages caused by drought in the whole southern African region. Already the government has enacted a Labour Bill intended to protect the workers and halt employers from wantonly firing workers. The Bill has already been passed by parliament is waiting Mugabe’s signing.

However, opposition parties and civic organization have already rubbished Mugabe’s impending address saying the old man no longer has the energy or any ideas of how the country’s spiraling economic fortunes can be rescued. MDC-T spokesperson, Obert Gutu said the President was now old and senile and no longer in touch with issues affecting the generality of the populace.

“There is really nothing to expect from Mugabe. He just doesn’t have any clue on how to deal with the economy, which is in serious hemorrhage. Same old story about some regime change agents working with some Western countries to install a regime change,” said Gutu.

Even some who are ZANU PF apologists are now admitting that the real enemy to ZANU PF rule is not the opposition but the economy.

Editor of The Herald Caesar Zvayi posted on his facebook page that: “The real opposition to ZANU PF is the economy.” Zimbabwe’s economy has been on a free fall without a lot of people including those holding degrees turning to vending in Central Business Centres or any open space where there is human traffic.

In its 2013 election manifesto, ZANU PF had promised to generate 2 million jobs through its economic blueprint ZIMASSET but the jobs have proven to be nothing but just a flirting illusion.