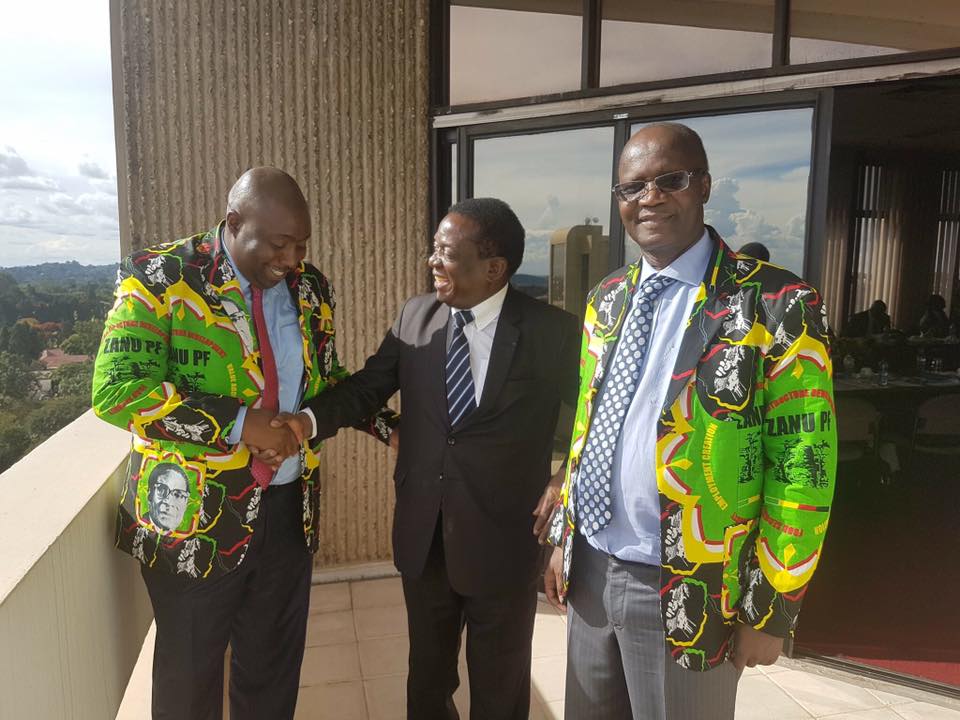 HARARE – Exiled former Minister of Higher and Tertiary Education Professor Jonathan Moyo has claimed the latest appointment of Ambassador Frederick Shava to head the Foreign Affairs portfolio has no strategic purpose beyond that he is President Emmerson Mnangagwa’s clansman.

Following the announcement of Shava as the foreign affairs minister, Prof Moyo blasted the appointment labelling the new minister as Mnangagwa’s “clansman and long time sidekick.”

“President Mnangagwa has appointed his clansman & longtime sidekick, Frederick Shava, as foreign minister. With this appointment & that of Felix Mhona as transport minister, General Chiwenga is now the only coup soldier remaining in Cabinet, which is now full of Mnangagwa homies!” wrote Moyo.

In another tweet, Moyo said, “Shava can’t be a “new didpensation” pick. He has no strategic purpose beyond his clanship value to Mnangagwa, who has tossed SB Moyo’s rengagement thrust out of the window!”

In the 1980s, Shava, then a minister in Robert Mugabe’s cabinet resigned a disgraced man after he was implicated in the infamous Willowgate Scandal and was convicted to 9 months imprisonment.

However, Mugabe pardoned him and since then he has spent the greater part of the years since on diplomatic assignments.

Several political analysts have accused Mnangagwa of consolidating power through parcelling out Cabinet posts to his ‘clansmen’ noting how his cabinet is filled with people from the Midlands province.

HARARE - Exiled former Minister of Higher and Tertiary Education Professor Jonathan Moyo has claimed the latest appointment of Ambassador Frederick Shava to head the Foreign Affairs portfolio has no strategic purpose beyond that he is President Emmerson Mn...
Share via
x
More Information