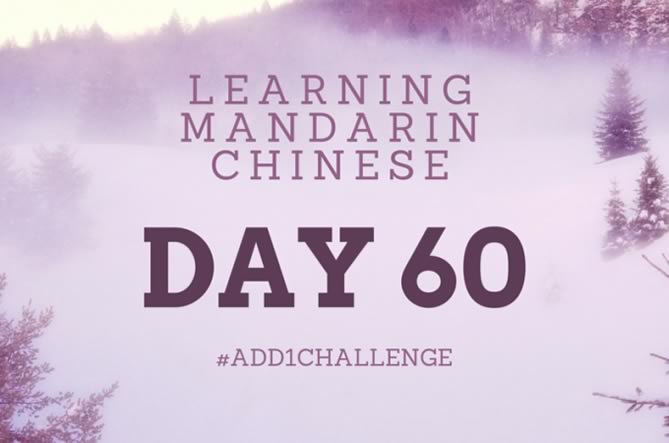 ZIMBABWE – The decision by the South African government to offer Mandarin as an optional language in schools next year has created furor among educationists who have described the move as another form of Chinese imperialism.

However, the Chinese language’s penetration into the southern African region is facing stiff resistance from indigenous languages advocates who view the move as a betrayal by their governments of the need to preserve and promote local languages. University of the Free State Vice Chancellor and rector Professor Jonathan Jansen said the planned introduction of Mandarin was nothing more than “political gat kruiping (brown nosing)”

Addressing a group of leaders from four universities in the Kwazulu Natal province last week, Prof Jansen said it was pointless to introduce Mandarin when local languages were being neglected. “I don’t see the need for introducing Mandarin when we can’t seem to teach English, Afrikaans and Zulu properly. Bringing Mandarin is political gat kruiping. We need a long-term plan to get out of this mess. We should be thinking like Singapore who look 20 years ahead we only see tomorrow,” Prof Jansen.

China has been encouraging the teaching of Mandarin to African students through scholarships to study in China and at least 48 government-funded Confucius Institutes have been set up across the continent. Analysts have questioned the planned introduction of Mandarin into schools saying the move will further relegate indigenous languages into the fringes of formal daily communication and may eventually extinct.

Indeed, language is an emotive issue in most southern African countries, which all suffer from the ignominy of colonialism which forced inhabitants to adopt the Mother Country’s language as the official language.

At independence, most Southern African countries moved in to officially recognise all languages spoken within their borders. There are thus 16 official languages in Zimbabwe with English, Shone and Ndebele being widely spoken. Approximately 70 percent of the population is Shone speaking and speaks ChiShona as their first language while 20 percent are Ndebele who speak IsiNdebele as their first language.

Despite its huge geographic size; South Africa only has 11 official languages- Afrikaans, English, Ndebele, Northern Sotho, Tsonga, Tswana, Venda, Xhosa and Zulu. One of the challenges that confront most southern African countries in the promotion of indigenous languages is that most bodies mandated to do so are underfunded with only 200 African languages across the continent being used in schools.

However, other educationists feel that the introduction of Chinese in schools and at universities is an important step towards creating cultural, political and economic synergies with one of the emerging and influential global powers. Faculty of Arts Dean at the University of Zimbabwe, Professor Pedzisayi Mashiri, who was the brains behind the introduction of the Confucius Institute at the institution in 2007 called for the removal of a veil of pretentious outdated nationalistic fervor that fails to acknowledge China’s influential role in international affairs.

“Anyone saying this is another form of colonialism is not aware of the developments happening in the global village. We must be competitive as a nation. Chinese is not only the language spoken by a largest population but is also the language of the fastest growing economy and the second largest in the world. The irony of it all is that the largest number of Confucius Institutes is found in Europe, Asia and the United States,” said Prof Mashiri.

Prof Mashiri said it was important to note that out of a total of 500 Confucius Institutes worldwide, Africa only has 48 with the biggest China Town being found in San Francisco. He said the US and many countries in Europe have policies that ensure that their children are taught Chinese at kindergarten.

The establishment of the Confucius Institute at the University of Zimbabwe, he said was in response to the Government’s adoption of the Look East Policy and since the institute has twice won awards for the best institute in Africa. He said 300 students have so far graduated with 7 students having gone to China to train as lectures. The institution currently boasts of one lecturer with a PHD Chinese with the rest having Masters Degrees.

In the absence of government policy on Mandarin’s introduction in schools, the Confucius Institute at the University of Zimbabwe has introduced the language at various primary and secondary schools in Harare as Chinese Clubs. Prof Mashiri Zimbabwe is way ahead in Africa in terms of capacity building and the level of proficiency in Mandarin.

Away from the sentimental persuasions on the need to promote indigenous languages, it cannot be in dispute that learning Chinese has many advantages given the facts that; one fifth of the planet speaks Chinese and that Mandarin is the mother tongue of over 873 million people, making it the most widely spoken first language in the world.

In addition to the People’s Republic of China and Taiwan, mandarin Chinese is also spoken in the important and influential Chinese communities of Indonesia, Thailand, Malaysia, Singapore, Brunei, the Philippines and Mongolia. China is one of the largest trading partners of the US and it logically stand to reason why many companies with long-term investments there encourage their citizens to learn the language.

African governments which have made decisions to introduce Chinese in their curriculums are thus informed by the realization that the study of Mandarin opens the way to different important fields such as Chinese politics, economy, history or archeology.
Analysts say the study of Chinese language will bridge the cultural gap, create better understanding and offers a platform of a whole range knowledge, which is crucial for effective communication.

Malaysian based Zimbabwean academic Dr Knox Zengeni says international businesses prefer to hire people able to speak more than one language. He contends that since China offers a huge market, business leaders prefer people who can speak Chinese and operate successfully in a Chinese cultural context.

“Knowing Chinese gives one an edge when competing for an important position. China will play a major role in world affairs in the future. The fact that China has opened up to the West offers various opportunities for employment in all areas,” said Dr Zengeni.

Dr Zengeni said Mandarin has a better chance of widespread penetration in Africa because of its uncomplicated grammar. The Chinese language, he said has no verb conjugation (no need to memorise verb tenses) and has no noun declension. The basic order of Chinese is subject-verb-object just as in English.

ZIMBABWE - The decision by the South African government to offer Mandarin as an optional language in schools next year has created furor among educationists who have described the move as another form of Chinese imperialism. South Africa’s education depa...
Share via
x
More Information
x