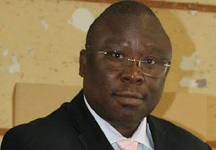 ZIMBABWE – The spirited attempts by politician-cum-businessman, Mr Daniel Shumba, to run a second fixed telephone network in the country came to an end last week after the Administrative Court ruled that his appeal was a legal nullity.

Mr Shumba, through his company, Tele-Access Zimbabwe (Pvt) Ltd, was in 2003 awarded a licence to set up and operate the country’s second telephone network by the Postal Regulation Authority of Zimbabwe (Potraz).

The country’s sole fixed line network is operated by state-owned TelOne (Pvt) Ltd, one of the successor companies to the disbanded Postal and Telecommunications Corporation.

Tele-Access, however, failed to roll out its network within the time limits per and extensions thereto, resulting in Potraz cancelling the licence in November 2005.

Aggrieved by the cancellation, Tele-Access appealed to the then Minister of Transport and Communications, Mr Nicholas Goche, who in April 2006 upheld Potraz’s decision as having been warranted.

The following month, Tele-Access  appealed to the Administrative Court, but in so doing, cited the Minister only as respondent.
The matter went through a number of false starts and postponements through the years up to early this year.

Through an application filed in February 16 this year, Tele-Access sought an order to have Potraz, as regulator added as respondent to the appeal before the Administrative Court.

Potraz through its lawyers, Muzangaza, Mandaza and Tomana, acceded to the order as Tele-Access sought.

However, through heads of argument filed on its behalf later in June, Potraz took the position that there was no appeal before the court.

It argued that the proceedings represented an abuse of court process to facilitate speculation and in any case, the decision to cancel the licence was legally sound and not capable of being impugned on spurious grounds as advanced by Tele-Access.

But in its attempt to justify the failure to commence operations, Tele-Access had cited the need for more time to lure foreign investors, considering the size of the project, sanctions and that Potraz had allegedly not finalised a numbering plan.

However, when the matter was heard on July 30, argument was limited to the procedural issue as taken by Potraz’s lawyers.

Justice Herbert Mandeya agreed with Potraz that the failure by Tele-Access to cite or even deliver the appeal papers to “a party affected thereby” was a glaring omission, a nullity that was incapable of correction.

“The failure to comply with requirements of a court’s rules renders the notice of appeal fatally defective,” said Justice Mandeya.

“There is therefore no valid appeal before the court and for those reasons the preliminary point taken in this case is upheld with costs on ordinary scale.”

The ruling means that Potraz can now invite tenders for the setting up and operation of a second fixed telephone network without being hamstrung by any pending or threatened legal proceedings.

Mr Joseph Mumbengegwi of the Attorney-General’s Office stood in for the Ministry.

ZIMBABWE - The spirited attempts by politician-cum-businessman, Mr Daniel Shumba, to run a second fixed telephone network in the country came to an end last week after the Administrative Court ruled that his appeal was a legal nullity. Mr Shumba, through h...
Share via
x
More Information
x