Sikhala Case Too Hot To Handle, Referred To Several Courts Before Postponement 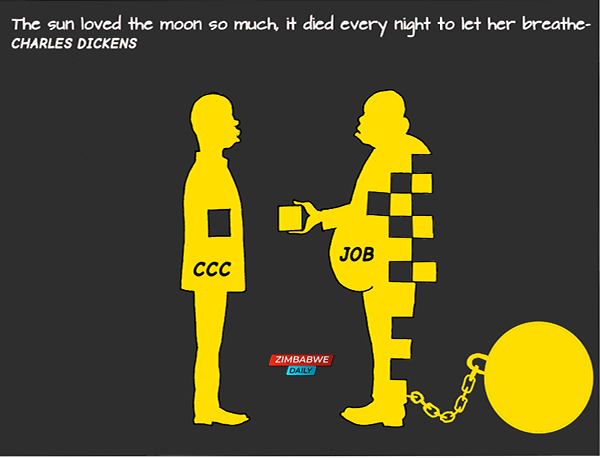 HARARE – Citizens’ Coalition for Change (CCC) legislator, Job Sikhala’s quest for freedom was made impossible Monday after his case appeared too hot to handle as it was moved between three courts before being postponed.

Last Friday, the legislator’s latest bail bid was postponed after a power cut hit proceedings at the Harare courts.

Sikhala then re-appeared before Harare Magistrate, Feresi Chakanyuka Monday, only for the case to be rolled over to Tuesday (November 22).

The court postponed the case Monday citing that it was not prepared to hear the matter Monday as the record had been given to the magistrate at 2pm.

The court also emphasised that it had other pending virtual records it had to take care of amounting to approximately 56 and time would not permit.

His lawyer, Thabani Mpofu exhibited frustration as his client’s case was being passed over between courts.

“I have been to several courts Your Worship, first Court 15 the trial court and then to Court 14, then now in Court 6.

“We make no special preference, it’s a respectful quest that may you facilitate for us to make our application for bail,” he said.

The court however, explained that it was ambushed and could not handle the case.

This came after magistrates from the Regional Court ordered that the case be moved to Court 14.

After trial prosecutor then vacated the premises, the available prosecutor could not handle the case, which was due for trial.

The CCC lawmaker earlier applied for bail arguing changed circumstances and the case was similarly postponed to a later date.

The top lawyer is accused of disturbing investigations into the murder of slain CCC activist, Moreblessing Ali, by allegedly posting a video demanding justice over her gruesome killing.

He is jointly charged with another lawmaker, Godfrey Sithole in a case of incitement and facts are based on the same video. Sithole was recently granted bail.

All efforts to secure freedom have been blocked at both the lower courts and the High Court on a number of occasions with the judiciary ruling that the duo was likely to re-offend. NewZW

Sikhala Case Too Hot To Handle, Referred To Several Courts Before Postponement

HARARE - Citizens’ Coalition for Change (CCC) legislator, Job Sikhala’s quest for freedom was made impossible Monday after his case appeared too hot to handle as it was moved between three courts before being postponed. Last Friday, the legislator’s ...
Share via
x
More Information