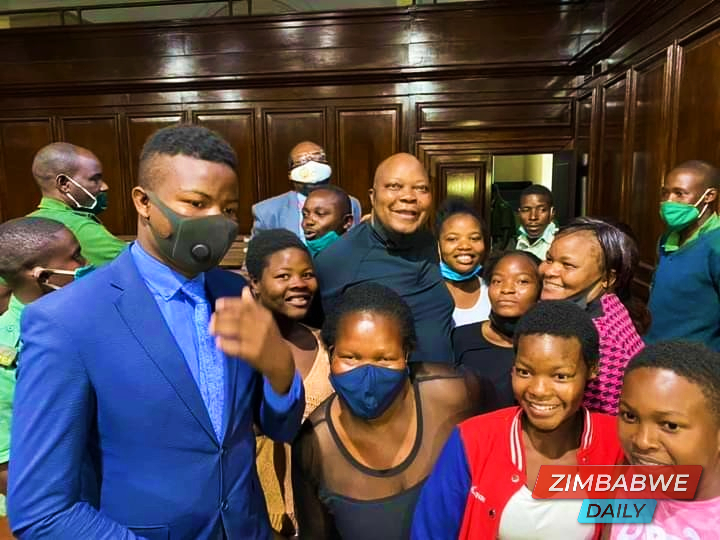 Sikhala had been in custody since 21 August facing charges of inciting public violence after supporting the 31 July anti-corruption protests.

Sikhala was given bail by Justice Erica Ndewere who ruled that the state had failed to sufficiently prove that Sikhala was found by the police hiding.

Ndewere also highlighted the inconsistencies by the police, with Officer Mukova saying Detective Makore had gone looking for the accused yet the latter denied doing so.

Ndewere also said there was misdirection by the lower court in denying him (Sikhala) bail as evidence given by one of his lawyers, Beatrice Mtetwa was not disputed. Mtetwa personally confirmed that she went to the police to enquire if they were looking for her client, to which the police said they were not.

Justice Ndewere also stated that an accused person should be given bail to allow them to keep fabric of their lives in place.

“The appellant is a family man with a wife and 11 children and is bound to go back to them if granted bail,” added the judge.

This is in direct contrast to the ruling by Magistrate Lazini, who had ruled that Sikhala was a “flight risk”.

Bail was initially set at ZW$25 000 but was reviewed to $50 000 after one of Sikhala’s lawyers, Advocate Eric Matinenga highlighted that he had not title deeds to any property.

As part of his bail conditions, Hon. Sikhala must report 3 times a week at St Mary’s Police Station in Chitungwiza, surrender his passport and continue residing at a given address.

Sikhala joins Hopewell Chin’ono and Jacob Ngarivhume who are also out on bail facing similar charges after they were also arrested for supporting the same protests.

Justice Ndewere said non-discrimination was important highlighting that both Chin’ono and Ngarivhume were also granted bail.