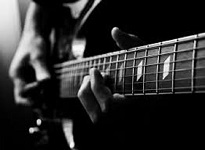 The seven tracks album was produced by Norman Tapambwa of the New Wave Studios and has tracks such as Rugare, Saunyama, Caterpillar, Simbarashe and Tamba Jackson and Jonas Kasamba.

In an interview, the Extra Dandaro leader said the album is a must have for all sungura lovers.

“This album is a must have for all my sungura fans as it is fully packed with danceable songs as well as educative tunes.

“Fans should expect fireworks from this album and all our live shows that we will be hosting,” he said

“This second album Tamba mwana Tamba is promising to be amongst the best productions for this year.

Apart from the album, he said he is also working on the videos that will capture the attention of every sungura lover.

Simbarashe said he worked with various artists as a guitarist gaining experience and resources.

“To be where I’m today I have worked with a lot of artists, so now I’m an experienced sungura musician in singing and playing the guitar,” he said

The confident Simbarashe added that he started his music career long back although he started recording his first album in 2013.