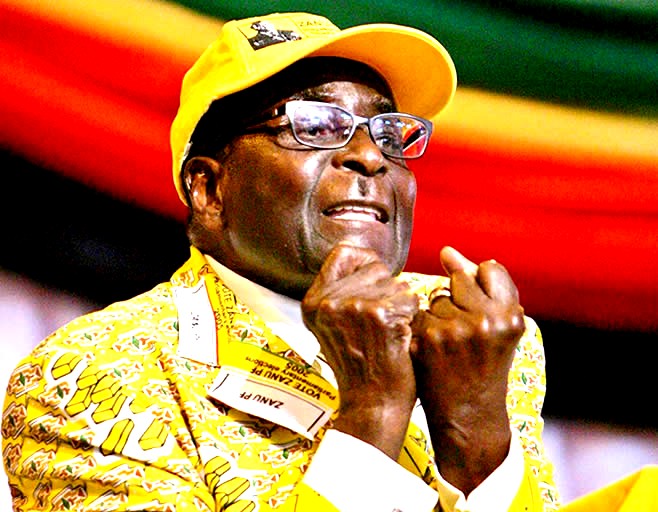 ZIMBABWE – PRESIDENT Robert Mugabe claimed Friday that no Zimbabwean was suffering as he revealed his row with liberation hero and former defence force chief, Solomon Mujuru, who was killed when an unexplained fire razed his farm house in 2011.

Mugabe’s remarks during an address to the Zanu PF womenâ’s league meeting in Harare raise new questions about Mujuruâ€™s death and the veteran leader’s sincerity when mourning his passing.

When burying the war hero at the Heroes Acre in Harare, Mugabe claimed to have been “devastated” by guerrilla commanderâ€™s still unexplained death.

However, on Friday the Zanu PF leader revealed that Mujuru wanted to oust him after deciding that his policies were destroying the country and that people could not “suffer because of one man”.

According to Mugabe, Mujuru then plotted with former Zanu PF politburo member Simba Makoni and academic and publisher Ibbo Mandaza to find a new leader for the ruling party.

These three among others Mujuru, Makoni and Mandaza said Zanu PF was being held back by Mugabe who continues to stick to Socialism, said Mugabe.

They claimed this was inhibiting investment. Mujuru then concluded that the country cannot be held back by one person, people cannot suffer because of one man.

Zimbabwe has struggled with a serious economic crisis which started nearly 15 years ago resulting in industries shutting down and unemployment reaching more than 80 per cent.

Most Zimbabweans are now surviving on vending but Mugabe said Friday that he did not agree with Mujuruâ€™s view that people were suffering.

“But what is it that the people are suffering from? Isn’t we gave them land?” said the 91-year-old leader.

Mugabe claims his land reforms which saw about 4,000 white farmers kicked out resulted in hundreds of thousands of black Zimbabweans getting land.

Critics however say the chaotic and often violent land seizures precipitated the collapse of the country’s agriculture-based economy.

Mugabe told the women’s league that the plot by Mujuru, Makoni and Mandaza resulted in his defeat by Morgan Tsvangirai in the first round of the 2008 presidential ballot.

General Mujuru’s wife, Joice, has since been ousted as vice president of both the party and government.

She was accused of plotting anew to remove Mugabe, charges she denies.

Scores of senior party leaders and government ministers were also dismissed with the then vice president over the alleged coup plot.

ZIMBABWE - PRESIDENT Robert Mugabe claimed Friday that no Zimbabwean was suffering as he revealed his row with liberation hero and former defence force chief, Solomon Mujuru, who was killed when an unexplained fire razed his farm house in 2011. Mugabe's r...
Share via
x
More Information
x