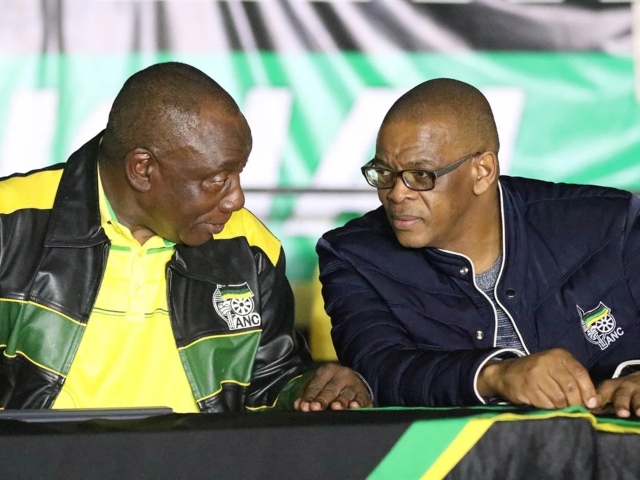 Last week, Elias Magashule, nicknamed “Ace”, 61, became the first senior party official to be temporarily sidelined in the wake of the ANC’s new anti-corruption policy. This is a victory for Cyril Ramaphosa, who has vowed to eradicate corruption.

At the end of March, Ace Magashule was given a 30-day ultimatum to step down after being accused of misappropriating public funds while serving as premier of the Free State, one of South Africa’s nine provinces. Refusing to resign, he finally forced the party to suspend him.

At the end of a three-day ANC meeting, Cyril Ramaphosa announced that Jessie Duarte, deputy secretary-general since 2012, “will, in accordance with the ANC constitution, perform the functions assigned to the secretary-general.

Magashule tried unsuccessfully to participate in the online meeting, despite his suspension.

After his suspension was announced, the senior official said he was not going anywhere. And instead of stepping down, he wrote a letter to Cyril Ramaphosa asking him to temporarily step down as president, citing his powers as party secretary general.

These comments were deemed “totally unacceptable and a flagrant violation” of the party’s rules, which demanded a public apology or face further disciplinary action.

Embroiled in corruption scandals for several years, Nelson Mandela’s ANC is seeking to regain its virginity in the eyes of disgusted voters.

Currently out on bail, “Ace” will be tried in August along with some 15 co-accused.