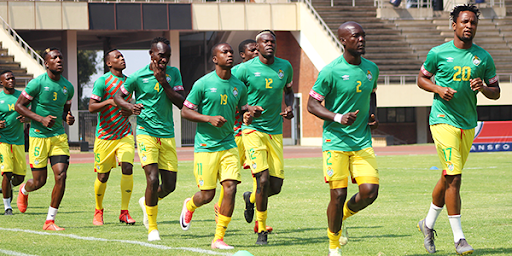 Warriors leave the party before it begins

The Warriors of Zimbabwe became the first team to bow out of the CHAN competitions currently taking place in Cameroon.

It took two defeats from Cameroon and Burkina Faso to see off the Warriors who still have a group match to play.

Many fans did not expect much as the team looked to have participated to make up the numbers.

The preparations were below par as 16 players tested positive for Corona while in the bubble.

As if that was not enough, the preparation matches played would have had many thinking either Manica Diamonds FC or Bulawayo Chiefs FC was the team participating at CHAN after a 3-2 victory and a draw against the warriors respectively. The squad selection was poor, it barely had any scouting considering 37 year old Tawanda Nyamandwe was even called into camp.

It will take much more than quality for the warriors to match up these African giants. To recall that a year ago, the nation had been barred from hosting any fixtures and now becoming the first nation to exit a competition we just previously won is a nightmare for the football lovers.

Burnley crawl out of Anfield victorious.

It was a night to forget for Liverpool as they fell prey to Burnley in a 1-0 home defeat. Burnley goalkeeper was tried and tested multiple times but they remained strong as their long ariel balls worked in the end.

Jugen Klopp remains adamant the champions will get back on their feet and defend the title but results continue to prove otherwise.

Despite losing their two best central defenders, Liverpool have their firepower upfront but have failed to register a goal in their last four matches.

While Firmino has been in the shadows for a while, the recent results show that he has failed to match up the likes of Cavani and Giroud as he is not a traditional number 9 who can find a goal in less favourable conditions.

The front three has failed to convert and much has been due to the dry spells of Robertson and Alexander-Trent who have had to defend more than attack.

This defeat will come as a big blow and an FA Cup tie on the road to Manchester United is not the most favourable to gain confidence.

By Donald Muza Warriors leave the party before it begins The Warriors of Zimbabwe became the first team to bow out of the CHAN competitions currently taking place in Cameroon. It took two defeats from Cameroon and Burkina Faso to see off the Warriors who s...
Share via
x
More Information