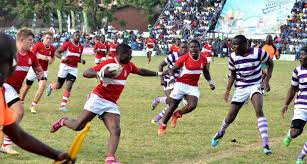 The ever intriguing Dairiboard School’s Rugby Festival has become the biggest school sports tournament in Zimbabwe and continues to show potential for greater heights.

With as much budding, the festival has continued firing an unloaded gun as it fails to systematically pave way for the deserving but deprived to represent the country. It has become a platform to play rugby for entertainment rather than making a path for Zimbabwe Rugby players.

As much as the mission behind the festival was to also nourish the talent and passion brought from 200 different schools, its home run was providing a bigger pool for scouts to select from.

That has not been the case as the national squads from junior level continue to be occupied by players from elite schools. Schools from as far as Plumtree and Mutare have begun participating but their efforts always end in that aspect.

A tournament of this criteria can be seen with the Craven and Academy week held in South Africa where many players from all provinces have played over the years and managed to get selected. This is the hoped for system that will make the nation a winner.

The reds from Merseyside have encountered a bumpy stretch on their quest to defend the League title.

A 3-1 win against a well versed Tottenham last night will come as an injector to win the title again.

Liverpool are now back in contention for European football and most of all the title race, four points behind leaders Manchester City.

Liverpool will be hopeful of signing a defender as Joel Matip suffered another serious injury and Fabinho looks rather fatigued.

A solid pairing for the rest of the season can certainly re-assure Klopp a run for the money again.

Manchester City went on to claim second position last season with a pairing of Emrick Laporte and Fernandino.

Hence without doubt the firepower Liverpool has from midfield can definitely get them the winning streak they need considering the quality and character they have.

One may just look at the rough patch they had as a much needed wake-up, and a win against a lethal winner in Mourinho as a bonus.

Zimbabwe back in vogue with London investors

Dairiboard Rugby Fest Hits A Dead End The ever intriguing Dairiboard School’s Rugby Festival has become the biggest school sports tournament in Zimbabwe and continues to show potential for greater heights. With as much budding, the festival has continued...
Share via
x
More Information
x