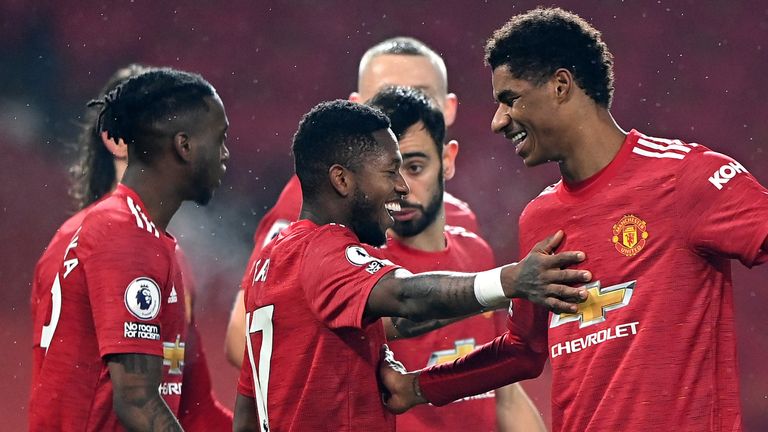 It was an eventful night that saw two record cards for the visitors from St Mary’s and not five or six but nine goals for the Red Devils. From the 3rd minute sending off, Man Utd threatened and made it one way traffic as they netted four within first half.

Ole Gunnar Solskjaer had the luxury of taking off his lethal striker Edison Cavani and inform Luke Shaw for Anthony Martial and Donny Van de Beek.

It was not Southampton’s night as VAR declared offside on a close call when Che Adams had found the back of the net. As if that was not enough, Martial was fouled in the box and a penalty was awarded in the 87th minute after a lengthy VAR Check and on pitch ref Mike Dean gave a controversial red card. This was not the end as Bruno Fernandez found substitute Dan James for the ninth of the match.

Man Utd are now level on points with neighbours Manchester City only behind on goal difference of five even though the citizens have two games in hand.

Marvelous Nakamba has taken a step ahead and proved worthy of being an icon for many Zimbabweans as he recently opened a Printing and Design shop in Johannesburg, South Africa.

The store which goes by the name ‘Marvel’ has state of the art printing technology for business stationery, publications and billboards among other products. The move by the Warriors midfielder will come as a wake-up call for many athletes in Zimbabwe to invest their salaries.

A sports career is short lived and with many of the athletes lacking concrete financial advice, it has seen a high number of them going back on the streets soon after hanging their boots.

Despite lacking minutes on the pitch for Aston Villa, Nakamba proves why he is a much needed member in the dressing room with immense leadership qualities. His investment has seen him earn a sit at the table with greats like Christiano Ronaldo who has several hotels and among other businesses.