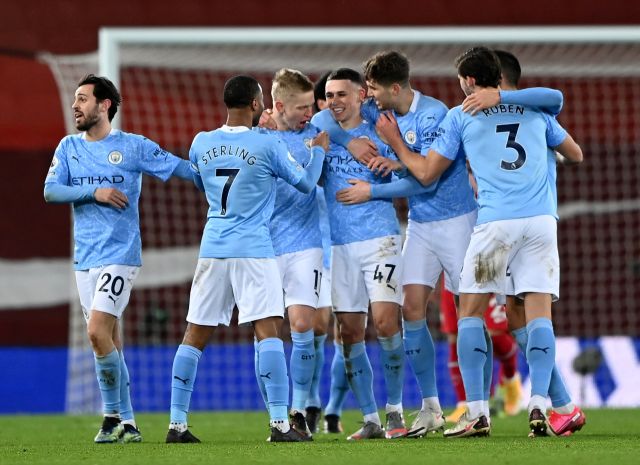 The international break may have come too soon for Manchester City players as they go into the break with a high probability of clinching a quadruple.

Pep Guardiola’s men will be aiming to go one higher than their neighbours who have held the record since the 1999 treble.

Manchester United dented their title hopes yesterday after losing to Leicester City in the FA Cup quarter-finals leaving them with the Europa League and Premier League to fight for. While the city of Manchester will be showing dominance, Man Utd will be devasted to face the idea of their neighbours winning the UEFA Champions League, FA Cup, EFL Carabao Cup and English Premier League.

Man City look relentless and after the derby loss many will be wishing they had faced Man Utd in the knockout stages again. A quadruple would also come as a major marketing weapon to lure Lionel Messi to once again join forces with Guardiola and make more history.

These last hurdles in all competitions will bring Guardiola’s team depth into test and a pass will definitely see them paint Europe blue.

The Warriors face a big test to qualify for AFCON and while many supporters have already brought out calculators, Musona may have well brought the fear to rest.

The Warriors captain has since stamped authority with 7 goals in 19 appearances after back to back League goals.

His current form will be of essence to lead the team having seen setbacks with other European based players due to travel restrictions.

The skipper will be a threat in and around the box even without a goal to his name, something France did with Giroud in the 2018 FIFA World Cup. While Warriors continue to look formidable on paper, Zambia and Botswana will be eager to put their lives on the line to qualify.

The setbacks with European based players have also brought the Castle Lager Premier League into test and see if the players within the League have enough quality to match that of the Continent.

Musona has stood as a hero before and will be looking to do likewise as he reaches his last stretch of the race.

Man City Eye A Major Record To Silence Neighbours The international break may have come too soon for Manchester City players as they go into the break with a high probability of clinching a quadruple. Pep Guardiola’s men will be aiming to go one higher t...
Share via
x
More Information
x