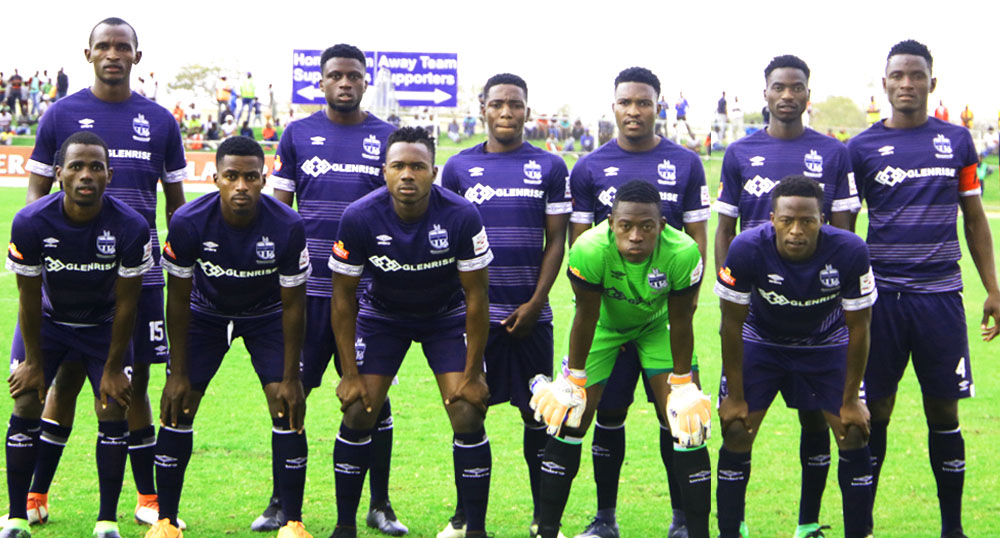 The starling home and away kits in navy-blue and white respectively, will be a confidence booster as they look to get back to winning silverware.

In addition was the travelling gear and training kit.

A much noticeable figure on the kit is the UMBRO sign which features as the kit sponsor in conjunction with main club sponsor Glenrise which funds about 80% of the club’s financial requirements.

Ngezi Platinum FC have continue to rise in all aspects as they possess one of the best kit sponsors in UMBRO who are currently the National team (Warriors) sponsor.

It goes without saying that such quality standards bring a world class flur to the League as Ngezi look to be the Soundowns of Zimababwe.

“We want to be the Mamelodi Sundowns of Zimbabwe which can attract Brazilians into their team,” said Stanley Segula (club President).

Club fans are already keeping an eye for the purchase of replica jerseys, a move that will initiate revenue generation in the Ngezi based club, “If you look at those global football clubs, we are talking of big business. They make money all round, be it from advertisements, kit supply deals, player sales, among other things, but if you look at our own set-up, those areas are still weak,” said Segula. “We have not done what ought to be done”.

“But, we are saying we can also do it. We have actually formed a commercial division, whose mandate is to look at those areas. “They are meant to deliver the financial muscle that should be able to sustain our team, I will tell you, at the moment that, in the next two years, Ngezi Platinum will be fully commercial”.

Ngezi Platinum FC Look Global Ahead Of League Start. Ngezi Platinum yesterday revealed the much anticipated playing kit ahead of the Castle Lager Premier League resumption. The starling home and away kits in navy-blue and white respectively, will be a conf...
Share via
x
More Information