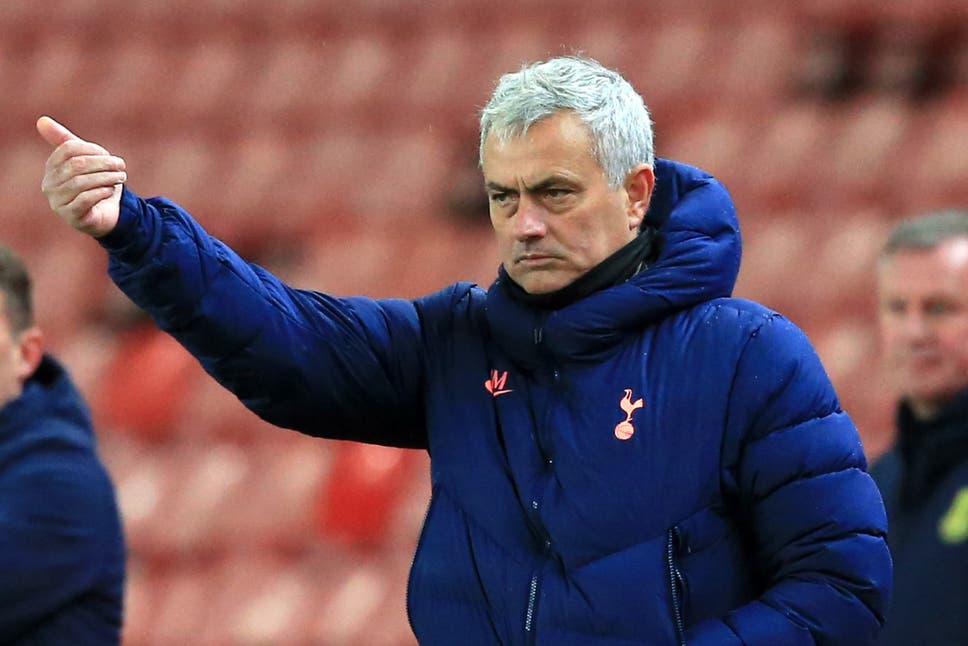 Tottenham pays on the last gasp.

Romain Saiss produced a worldly glancing header that saw Raul Jimenez smile from the stands as Wolves pressed on to secure a point. Tottenham led for 89 minutes as they did lead the table a fortnight ago but succumbed to a late equalizer.

Mourinho denied the intentions to sit back and once again questioned his players ambition and desire, “it was not just about scoring goals, it was also about not being dangerous and not being ambitious.

For me, that’s the problem”. Two points dropped pile more misery on a struggling Tottenham.

Mourinho may have been better off as a pundit than he is getting back into the dugout as the football scenery may be changing for his time.

On the other end Tottenham fans will be bored to death by the type of football the players have resorted to in order to hopefully get that mythical trophy.

The question remains as to whether a season without a trophy would see Mourinho keep his duo of Harry Kane and Heung min Son.

Wolves will be delighted to have gotten the point with a team led by teenagers as their star players are out with injuries. It was another night to forget for Tottenham who are at the brink of facing an inform Fulham.

Big Sam shares a spec of hope at Anfield

Liverpool dropped points at home to a hopeful West Bromwich Albion. Sam Allardyce came in hope of securing a point which he so did in the 82nd minute.

It was a rather one ended match that saw Liverpool fail to convert as many chances after a Sadio Mane strike in the 12th minute. West Bromwich played in a rather odd formation of 5-4-1.

But this point against the champions will be a confidence booster within the changing room. West Bromwich may have just started their journey to survival from relegation, something their new gaffer has become fond of.

Doubters will be thinking otherwise as Allardyce has shown the characteristics of getting over the line no matter the damage. He has become the architect at Anifiled who is unbeaten in his last four visits, all with different clubs (W1 D3).

However on the positive side, Liverpool made it 3 calender years unbeaten at Anifield in the premier league while they dropped two points to be six points clear.

India in the driving seat in second Test

India have proved worthy of being champions after bowling Australia all out for 195 without their Talisman Virat Kholi. A total that saw Steve Smith fall for his first duck in over four years.

Australia have been held captive as the visitors posted a whopping 326 in the first innings, a score they will be confident of going into the second innings where the hosts are already 126/6.

It is proving to be a 4 test series of legendary teams who will be giving each other a run for the money. The Aussies will be looking to dust themselves off and get back in the 3rd test as they look unlikely to take victory in the second test.

Tottenham pays on the last gasp. Romain Saiss produced a worldly glancing header that saw Raul Jimenez smile from the stands as Wolves pressed on to secure a point. Tottenham led for 89 minutes as they did lead the table a fortnight ago but succumbed to a ...
Share via
x
More Information