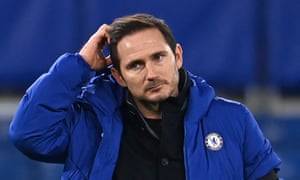 Manchester City put on a master-class performance to see off the blues of London in the first half.

Another defeat for Lampard means more pressure. It is well highlighted that Chelsea’s hierarchy is not patient with coaches after sending away Conte and Sarri who had won the League title and Europa league respectively.

It is still to be seen if Lampard will live through January as the Chelsea gaffer. While he still has to justify spending 200 million pounds, it is ideal to give him more time to build his team around the desired principles going forward.

However his tactics have been in question as he had a world cup winner out of contract at the end of the season on the bench but never turned to him. Chelsea would need a winner (Mourinho/Guardiola) if they were to sack Lampard as he believes in building a team for the future as opposed to the other two.

While he admits that Chelsea will go through more pain, it may just be the wake-up call his senior players needed.

FC Platinum will be looking to finish off business on the 6th of January in their return leg against Simba Football Club.

The Platinum boys go into the match with a 1-0 goal aggregate lead but will be in clear sight that it will be not be enough to safely play through.

The inform squad has the guns to go through to the final stages of the cup. Norman Mapeza will be ideally looking to prove his worth and add more silverware to his name.

It may never come a time like this to have a full squad without premier league pressure, enough pieces on the board for a checkmate.

The gaffer is oozing with confidence and may well be sure his side will see off their opponents and go through.

This will be a much needed boost for Zimbabwean football with local football at a stop.

By Donald Muza Man City pile more misery on Lampard.  Manchester City put on a master-class performance to see off the blues of London in the first half. Three first half goals meant City were in cruise control come second half. Frank Lamapard’s men man...
Share via
x
More Information
x