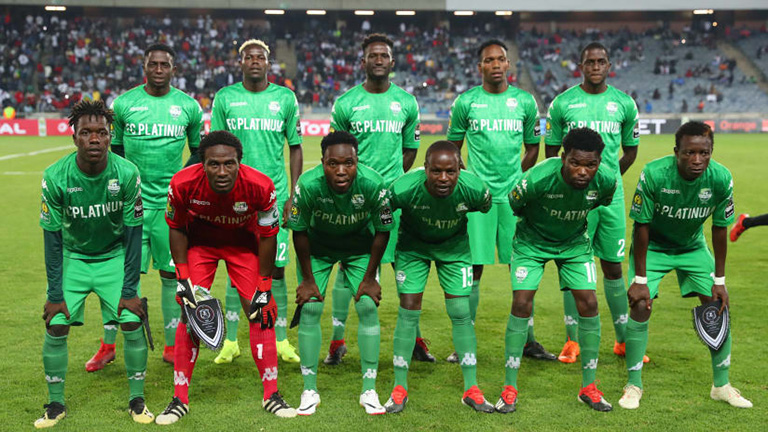 The Zimbabwean champions were knocked out of the Champions league but moved on to cash in big on Perfect Chikwende. Chikwende departed to Tanzanian outfit Simba football club for $100 000 in the January transfer window.

FC Platinum will be delighted considering the fee they paid for him to join the Platinum boys. This move should come as an alarming call on traditionally known giants like Dynamos and Highlanders to sell abroad for big totals.

Such sales will see development of clubs as well as junior football. More so it brings the chance to explore other market avenues like sell on fees which would have seen Bulawayo Chiefs receive an agreed percentage of the total sale fee.

A deal of the nature puts FC Platinum on the African market and hence promoting sale of players in Zimbabwe thereby creating revenue other than gate takings alone. Zimbabwean football will be looking forward to more moves for local players to make it to the elite leagues in Europe.

The English Premier League has become finer than before with Leicester and Man City well in the title race after wins over the weekend saw them two points behind log leaders Man United.

The champions Liverpool remained unbeaten at Anfield with a stalemate against an inform Man United who haven’t lost in their last 12 league matches.

Man United are a couple of steps away from proving as title contenders but they have come to terms with the idea that they can go on to win the league.

Their neighbours who sit in second position have found their form again and with Dias in defence, conceding goals is becoming a thing of the past.

Third placed Leicester may do not have enough quality to match the other three giants but are polishing up to break barriers and stand position in the so called big four after losing out on a champions league last season.

While the champions sit in fourth position, three points behind log leaders, one cannot look away on them as they stand well within the race. As it stands, it will take to the last day of the season to clinch the title.

Why Manchester United failed to win at Anfield.

The red devils went to Anfield looking to break barriers and win against a bruised Liverpool.

With an inform squad, Ole Gunnar Solskjaer was spoiled for choice ahead of his selection.

A confident and fit Eric Bailly stood as the best option for Maguire. Lindelof and Maguire are of the same play that’s tight man marking and therefore it often exposes them when the opposition play one two quick play as they lack pace to recover. Bailly on the other hand would have allowed Maguire the freedom to move up the pitch and add men in midfield thereby making it easier to break Liverpool lines. Bailly stands better against an attacking player and does not go for tight man marking and also has enough pace.

His midfield should have seen a stable Matic come in and match up the slow play by Thiago.

Because Liverpool are not used to the slow play, Matic would have made it slower and help Man United keep possession for a quick break.

Matic would have further matched Pogba in midfield rather than on the left as this would allow him to play his ariel balls to either Rashford or Martial.

Playing Pogba on the left meant that he was limited for options when he got the ball as he was already occupying one wide end.

Furthermore having Pogba on the left meant Fernandez was also limited as he could not navigate from the number 10 position to a wide or deeper position in order to move Liverpool’s midfield out of position.

Man united should have been winners had they gone for a front three of Martial, Cavani and Rashford.

With a shacky Liverpool defence cemented by midfielders as central defenders, Ole should have brought all the threat from the word go.

Cavani has world class movements in the box and given he had received three chances, he would have converted one or two.

Furthermore, Liverpool’s fullbacks are not known for their defensive work and an attacking duel of Rashford and Martial out wide would have seen them sit back or caught out of position multiple times.

The duel would have also added numbers and threat in the box to the Liverpool centre backs.

by Donald Muza FC Platinum redefines local football. The Zimbabwean champions were knocked out of the Champions league but moved on to cash in big on Perfect Chikwende. Chikwende departed to Tanzanian outfit Simba football club for $100 000 in the January ...
Share via
x
More Information