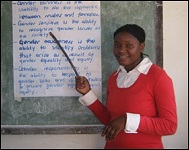 ZIMBABWE – Divisions and finger-pointing have rocked unions representing the interests of educators across the country amid accusations of “sleeping with the enemy”.

The combative Progressive Teachers’ Union of Zimbabwe (PTUZ) is accusing the Zimbabwe Teachers’ Association (Zimta) of betrayal, claiming the latter has been holding secret meetings with government.

In a message to members, PTUZ described Zimta as a “yellow association”.

“Cdes, we are being betrayed by yellow associations and bogus unions that are conducting nicodemus meetings with government. While we cannot stop any group from engaging government, we surely do not expect them to transact business on matters from the NJNC (National Joint Negotiating Council) and make pronouncements on same.

“You will recall a full NJNC agreed we would have two meetings, one with PSC (Public Service Commission) on January 20th and NJNC on 8 February. Ndlovu (Sifiso, Zimta chief executive officer) is now talking of 10 February. It is clear Zimta has had meetings with government behind our backs,” the statement said.

“I can confirm that it is our statement to members because Zimta is betraying the cause of workers in Zimbabwe.

What right does Ndlovu have to make a pronouncement on behalf of government that the employer will not be able to pay a bonus? That chances are next to nothing?

“There is evidence that Zimta has met with Public Service minister Prisca Mupfumira behind our backs,” Majongwe said.

Zimta reacted angrily to the accusations of betrayal.

“In the first place, Zimta does not get a brief from PTUZ. We are an independent union of reputable standing. Zimta does not reduce itself to bickering or discussions on trivial issues. We would want to ask them to attend to real issues that are very important to members which demand clarity of purpose,” Ndlovu said.

Asked if Zimta had held any meetings with government outside the NJNC, Ndlovu accused PTUZ of creating a sideshow.
“It is a blatant lie, and a fabrication of the highest order by a very creative mind. We do not need distractions at this point or diversionary tactics from the course of action we have set ourselves. It is in fact not good for us to dignify such mischief with a response.

“Instead PTUZ should approach government a seek clarification on why the January 20 meeting was postponed because we did not cause the shift in dates,” he said.

PTUZ also accused Zimta of “killing our hope of getting our bonus”.

“Others are planning to force us to become Green Bombers while some are in blankets with government making babies of poverty. Surely history will judge us harshly if we allow this to continue,” the message said.

Mupfumira was earlier this week quoted as having said government did not take the issue of the unpaid 2015 bonus as a priority.

ZIMBABWE - Divisions and finger-pointing have rocked unions representing the interests of educators across the country amid accusations of “sleeping with the enemy”. The combative Progressive Teachers’ Union of Zimbabwe (PTUZ) is accusing the Zimbabw...
Share via
x
More Information