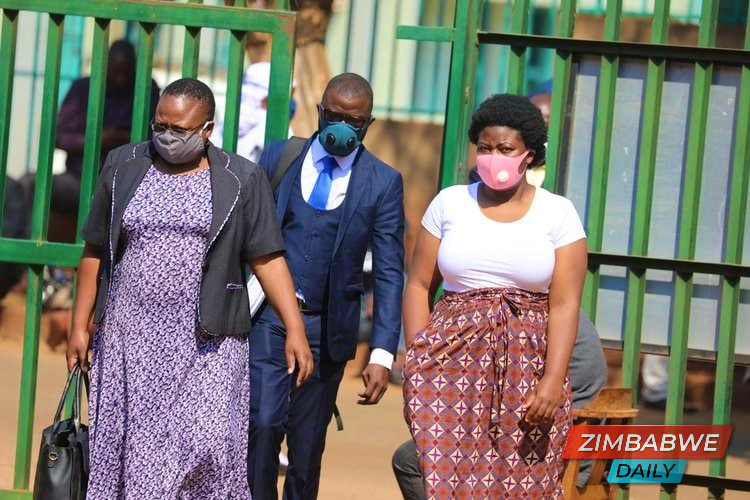 HARARE – Zimbabwe’s most persecuted woman and Harare West Member of Parliament, Joanna Mamombe, was back in court today where the State applied that she be admitted into an institution.

This, according to the State, is so that she could be examined by two Government mental health experts. The application was made by prosecutor Michael Reza before Deputy Chief Magistrate Bianca Makwande. The proceedings continue today where Mamombe’s lead counsel Alec Muchadehama is expected to respond.

Mamombe was represented by Jeremiah Bamu, who is assisting Muchadehama in the matter. Bamu sought to have the matter postponed to another date because lead counsel was engaged in another matter at Gweru Magistrates Court, an application which Makwande partially dismissed as on the last hearing she indulged the defence team time to acquaint themselves with Reza’s application.

“On the last appearance I indulged the defence team and gave them more time to acquaint themselves with the application, we agreed with all parties that the matter will be heard today. I will allow the State to make their application and defer the matter to tomorrow when I expect Muchadehama to appear before me and respond,” she said.

In the application, Reza sought to have the court issue an order according to the Mental Health Act. “It is provided for that if an accused person is brought before a magistrate for another purpose and prior to being arraigned the magistrate has reason to believe that the accused person is mentally disordered, the court may give an order to have them mentally examined.

“The court’s hands are tied and has no other recourse, but to order that the accused person be admitted into an institution for mental examination. The defence team has been telling the court that she has mental problems and even her doctor testified that, but said she doesn’t know when she can be ready for trial after testifying that she cannot follow proceedings in court.
“The doctor, Fungai Mazhandu, brought no proof that she is a mental health practitioner, or any documentation of Mamombe’s progress, which is why we are making this application, that she can be examined by a well-known doctor and the matter can proceed,” he said.

According to the State, Mamombe and her accomplices, Cecelia Chimbiri and Netsai Marova, were captured on CCTV at Belgravia Shopping Centre in Harare at a time they were claiming to have been in the hands of their abductors.

On May 13 at around 12.30pm, the three gathered at Choppies Supermarket in Warren Park 1 with other MDC Alliance youths and staged a demonstration against the recall of their MPs from Parliament and the alleged misuse of Covid-19 pandemic funds.

On the same day, they allegedly called their friends, family and lawyers, saying they had been arrested at a roadblock near the Exhibition Park and were taken to Harare Central Police Station. Upon receiving the communication, their lawyer, Jeremiah Bamu, reportedly went to the CID Law and Order Division.

Bamu is alleged to have approached a senior officer, saying the accused had been arrested and taken to Harare Central Police Station. According to the State, checks were made and it was established that they were not arrested. On the same day, social media platforms and local newspapers were awash with news that the three had been arrested. Herald

HARARE - Zimbabwe's most persecuted woman and Harare West Member of Parliament, Joanna Mamombe, was back in court today where the State applied that she be admitted into an institution. This, according to the State, is so that she could be examined by two...
Share via
x
More Information