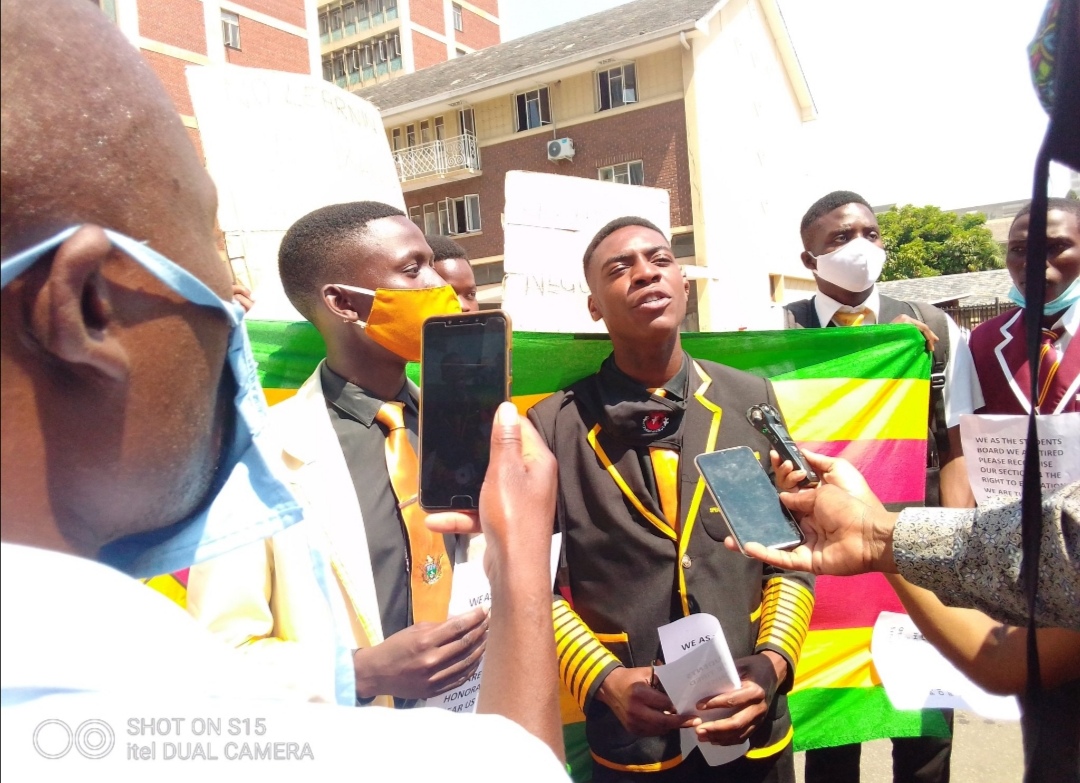 HARARE – Junior Parliamentarians led fellow students on Friday as they marched to the Ministry of Education’s head office demanding that Minister Cain Mathema and the relevant authorities take heed of their calls to engage the incapacitated teachers.

Another concern by the students was the unilateral decision made by the Ministry saying examinations should go on this year without considering that students have not yet had enough time to complete the syllabi due to the Covid-19 pandemic and the subsequent declaration of incapacitation by the teachers.

This comes after the students wrote a petition earlier which they said the government ignored, adding that they were hurt by lack of response.

“All we want is for teachers to come back, they should have a dialogue because ZIMTA has been pushing for dialogue with the government but the government is not responding frankly. So we as children we are saying that we have to play a part because we cannot say the teacher’s board or the concerns of the teachers are their own.

“Because it’s affecting us, and the Honourable Minister said that we are going to write examinations this year, of which we are saying we cannot write this year because ever since last year, teachers have been on strike. And then this year there is Covid and then right now there is strike,” said one of the junior parliamentarians.

The students stressed that the incapacitation declaration made by teachers was affecting them and this was compounded by the fact that some schools do not have enough textbooks such that they rely on teachers writing notes on the board for them which is not happening right now since teacher are not reporting for duty.

They further added that government exists to listen and solve the grievances of its workers thus they have to listen to the teachers.

According to the students, they have highlighted that they are not able to write examinations since June when the Junior Parliamentarians had a meeting with the Parliamentary Portfolio Committee on Education.

One of the students said since the reopening of the schools, teachers have not been attending to them and that while the teachers are trying, they cannot due to salary issues.

“There is nothing political about this, it is social and educational,” said one student.

The students promised that every Friday they will be going into the streets to show their grievances.

HARARE - Junior Parliamentarians led fellow students on Friday as they marched to the Ministry of Education's head office demanding that Minister Cain Mathema and the relevant authorities take heed of their calls to engage the incapacitated teachers. Anot...
Share via
x
More Information