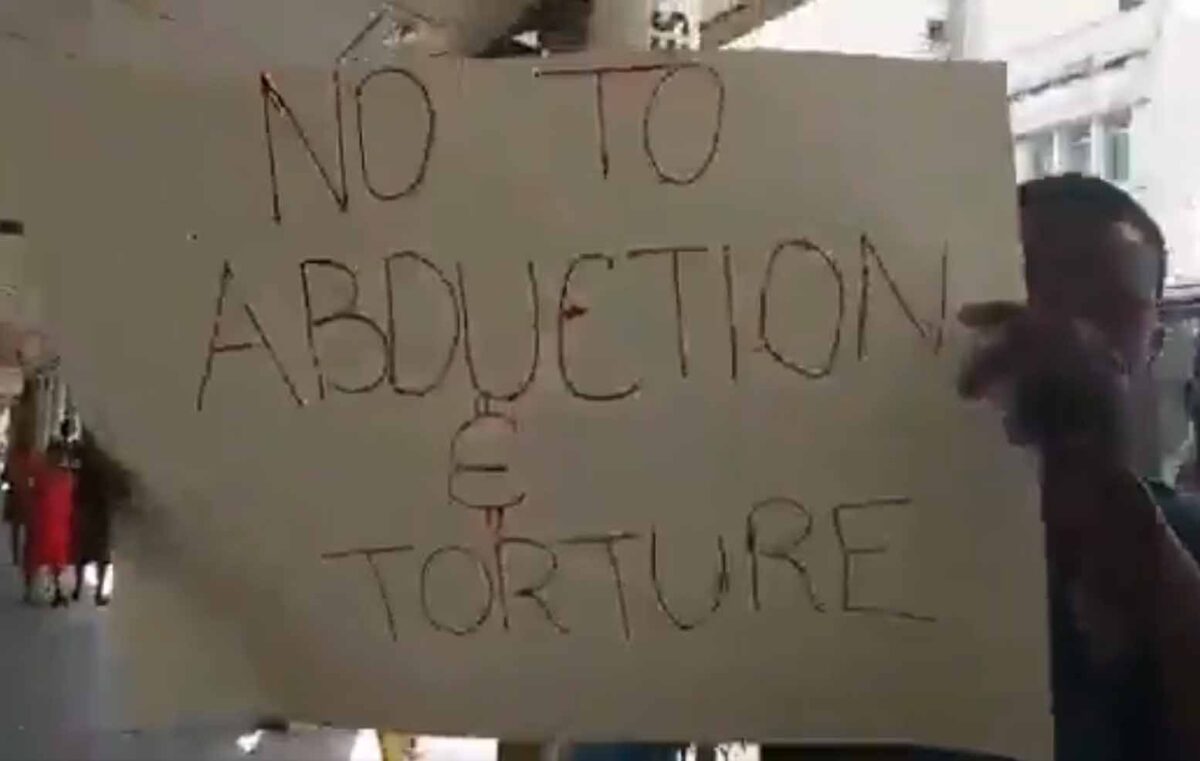 HARARE – A group of students stormed Impala Car Rental motor spares in Harare before locking the place up while protesting against company and it’s alleged role in the abduction and torture of Tawanda Muchehiwa and Takudzwa Ngadziore.

This follows the continued lack of cooperation by the company in revealing the identity of the abductors who reportedly used a rented car from the said company to carry out the abduction of Muchehiwa.

Impala Car rental refused to hand over the documents relating to the car that was hired and used for the abduction, claiming the papers had already been taken by the police.

This was despite a court order for  the seizure of the said documents.

The students on Thursday stormed the company’s premises as it is now more than a week since the judgement for Ngadziore’s bail appeal  (who is still detained at Chikurubi Maximum Prison) was withheld.

Ngadziore was arrested for breaching his initial bail conditions after he held a press conference 101 meters away from Impala Car Rental premises.

The bail conditions had stated that he was not supposed to be found within 100 meters of company’s premises.

On Thursday, the protesting students were joined by human rights activist, Makomborero Haruzivishe who said they were imposing their own sanctions on the company (Impala).

Haruzivishe said “the arrests and torture of  young people in Zimbabwe, most prominent of which has been the treatment of Takudzwa Ngadziore and Tawanda Muchehiwa, shows that the old is trying to hold the future in suffocation.”

He further accused the military of capturing the whole country while at the same time vowing that the youth will resist the continued repression in the country.

“The military junta has captured the judiciary system, the courts and the parliament and generally the whole country has been captured.”

Impala car rental has been at the center of a massive scandal since it was revealed that one of the cars used in the abduction of the young Journalism student, Muchehiwa belonged to the company.

The news was followed a protest led by Ngadziore which subsequently led to his arrest when he staged the demonstrations near the company’s offices.

HARARE - A group of students stormed Impala Car Rental motor spares in Harare before locking the place up while protesting against company and it's alleged role in the abduction and torture of Tawanda Muchehiwa and Takudzwa Ngadziore. This follows the con...
Share via
x
More Information