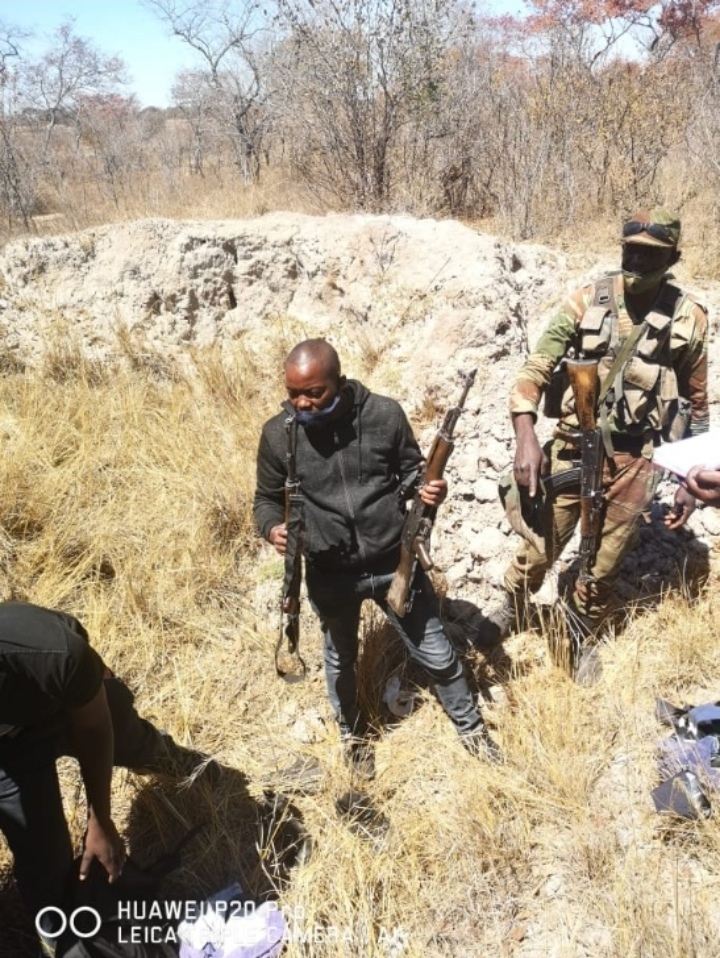 ZIMBABWE – The two suspects of the Chivhu shooting were a soldier was shot dead and the other critically wounded have been gunned down after being found in hiding by state security agents.

The two have not been yet named.

Military and ZRP’s Criminal Investigations Department embarked on a joint operation to hunt down the suspects who were at large after shooting two soldiers yesterday in Chivhu.

It is reported the suspects were today found some 20km outside Chivhu and that there was a brief gunfire exchange and one soldiers who was part of the search crew was wounded in the incident.

However, the suspects were shot and killed in the process.

The Ministry of Information Twitter handle has tweeted that ZRP will be issuing a statement later today concerning the fatal shootout involving the suspects.

Two members of the ZNA, Lance Corporal Mupanganyama and Corporal Zvirevo were yesterday shot inside a small makeshift police station in Chivhu called Innscor Police Base. Mupanganyama died on the spot while Zvirevo is critically wounded and reports are he has been transferred to Parirenyatwa Hospital.

The mmotive of the two gunmen who shot soldiers yesterday is yet to be known.