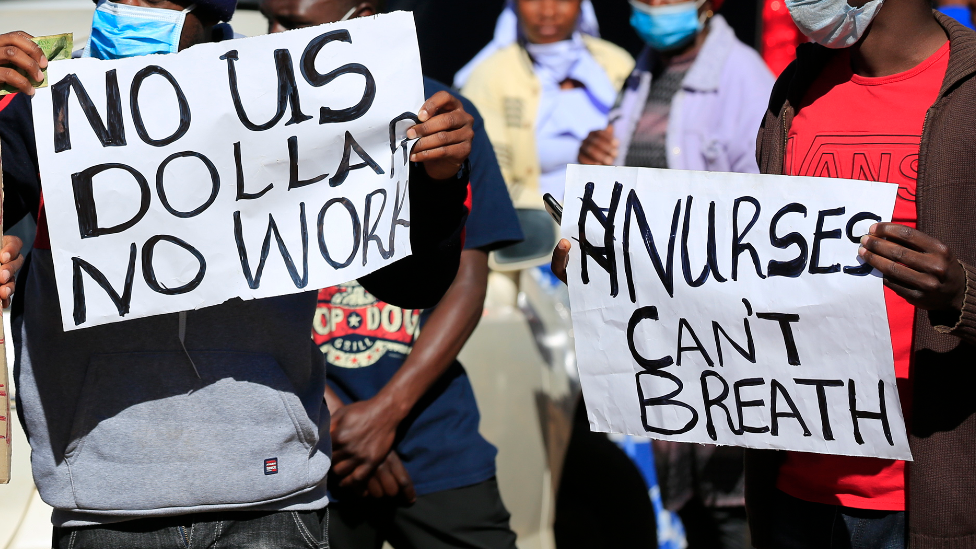 HARARE – Teachers and health professionals have vowed to go ahead with their planned industrial action today after snubbing a 100% salary hike offered by government in Zimbabwe. Salary talks between government and its restive workers ended in a deadlock on Friday, with the lowest government employer refusing an offer to $36 000 from $18 000 with effect from next month.

Government told NewsDay that it was concerned by the timing of the strike which is happening in the middle of salary negotiations.

“I don’t know the timing of the strike because right now, we have a team of the government in talks with the civil servants,” Public Service Commission secretary Jonatan Wutawunashe said on Friday.

Zhou said after service providers deductions (such as water and electricity bills) from teachers’ salaries, they were left with peanuts as workers struggle to afford perennially rising prices of basic commodities amid runaway inflation.

While service providers and commodity suppliers have been forced to constantly review their charges to adjust to inflationary pressures, worker’ salaries have remained stagnant.

“There is nothing we can do unless the government addresses the issue of salaries or arrests the galloping inflation. After service providers’ deductions, we have teachers who have been left with as little as $500 because salaries have remained stagnant.”

Progressive Teachers Union of Zimbabwe president Raymond Majongwe said: “The government has gone into overdrive deducting salaries for teachers despite not giving them a salary increment. How is Zanu PF going to win the elections if they are failing to pay teachers because they constitute a big number of civil servants? Some teachers got about $1 700 after deductions.

“We don’t know where the money is going because they are not getting payslips. We are saying we are no longer able to go to work because all the transport money has been eroded by inflation.

“Government must restore the purchasing power of the teachers’ salaries as salaries have been eroded by inflation.”

“The government has made an inhumane error to continue giving the same salaries at such a time where the cost of living is increasing by the day. It’s not possible for the health workers to come to work for the whole month. They are incapacitated. We risk withdrawing labour from tomorrow (today) because the situation is not favourable,” Dongo said.

“They cannot work under stress. It means they are now dangerous to the patient. There is going to be a meeting at Parirenyatwa Hospital tomorrow (today), where we will announce withdrawal of labour. It’s not fair as they are doing what they want with the workers. Even if we say they have to provide essential services, how can they work without registering their grievances with their employer?”

HARARE - Teachers and health professionals have vowed to go ahead with their planned industrial action today after snubbing a 100% salary hike offered by government in Zimbabwe. Salary talks between government and its restive workers ended in a deadlock on...
Share via
x
More Information